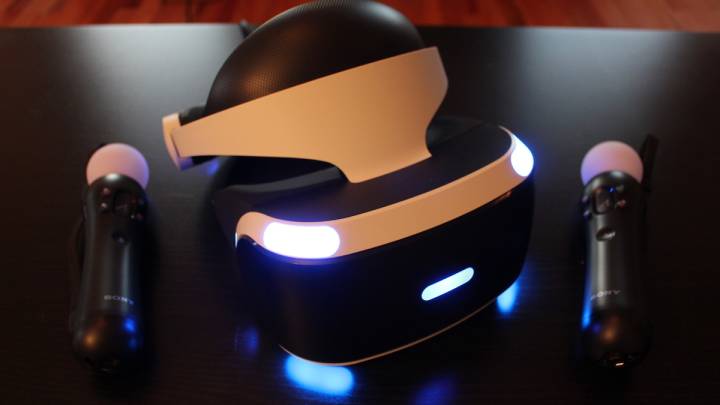 Sony is widely expected to unveil the PlayStation 5 next month, with a leaker saying that the whole thing might go down at a huge press conference on February 5th in New York. Sony has yet to confirm the rumor, however, since the company hasn’t yet sent out any invites to the press event. A new report claims the company was planning a huge surprise hardware announcement alongside the PS5 at next month’s event, but it looks like that surprise might have just been spoiled.

Apparently, the new PlayStation VR 2 headset will be unveiled this year, and it could be announced alongside the highly anticipated PS5. We’ve always suspected that a new PSVR was in the making, a system that could leverage the more sophisticated PS5 hardware. And, if a developer called Immersive VR Education is to be believed, the next-gen PlayStation VR device will be unveiled this year.

“In 2020, Sony will release PlayStation 5 and a new version of the PlayStation VR headset (PSVR), which will further expand the high-end VR user base – the group intends to support this device with its current software package,” Immersive wrote in a financial report, TechBriefly says.

However, that’s all the company would say about it, and we have no idea what a PlayStation VR 2 would have to offer. Immersive is the maker of a couple of VR experiences, including Apollo 11 VR and Titanic VR, and the company should be very interested and very informed about the future of PlayStation VR. TechBriefly also notes that PSVR is the most successful VR headset out there, with an estimated 5 million devices having been sold. The Oculus Rift, meanwhile, sold 1.5 million devices.

As for the upcoming PSVR headset, Sony’s senior vice president of R&D Dominic Mallison said last year that the second-gen PSVR models will support new features, including eye-tracking and wireless connectivity. Recent PS5 leaks, however, made virtually no references to a PSVR 2 headset, which seemed to be a suggestion that a next-gen PlayStation VR device would come at some point after the PlayStation 5 launches.

Hopefully, we’ll learn more details about the PS5 and PSVR 2 soon, as the PS5 launch event will probably take place within the next few weeks.