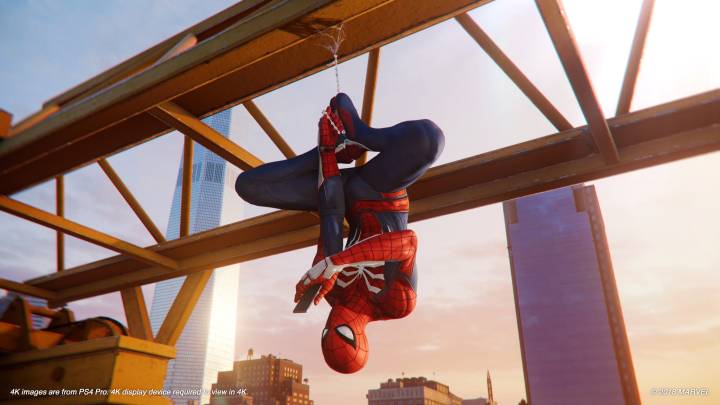 Marvel’s Spider-Man turned out to be a huge hit for Sony, so it’s not surprising to hear a sequel is in the making. A new leak reveals plenty of details about the upcoming Spider-Man 2, as well as the launch window for the new game. As much as you’d love to hear the game will be ready for the PS5’s late 2020 launch date, that’s apparently not happening. Spider-Man 2 will be demoed this year, but will launch in holiday 2021.

The news comes from a Redditor who claims to have a source close to developer Insomniac:

The target is Holiday 2021 with a reveal this year. (Don’t know when, Sony is doing things different this year).

The game will use the same open-world setting as the first installment, but will feature an even bigger world that will include Manhattan, Queens, and Brooklyn. Moreover, a portion of the game will take place over winter. Spider-Man 2 will feature a bunch of new villains, too, Redditor v17447377 claims, including “Venom, Green Goblin, Carnage Mysterio, the lizard, Cardiac and a few more.”

Miles Morales is still a playable character, with powers that will be slightly different than Peter Parker’s. However, Peter is the main hero of the game, and the supporting cast from the first game will return — this includes “Flash Thompson, Harry Osborn, Ben Urich, Aaron Davis, Eddie Brock and more.”

Insomniac is reportedly adding a new Diablo-like dungeon mechanic for randomizing crimes in the city:

Spawning in different types of crimes in different situations with randomized encounters. For example, a bank Robbery might occur, but it will differ in enemy placement, different type of combat encounter (stealth or traditional combat), different types of enemies, different combat layout and mini objectives etc. This will be featured all throughout the games crime system. Varying each encounter for a high replay-ability. These are a few more things I am hearing about the game but unable to verify at the moment. As a side note, major engine work is being done and Insomniac is adopting more technological advances. One being Photogrammetry.

While Spider-Man 2 might not be available for PS5 this year, you should have no problem playing the original title on the new console, as the new PlayStation is expected to be backwards compatible with all PS4 titles.