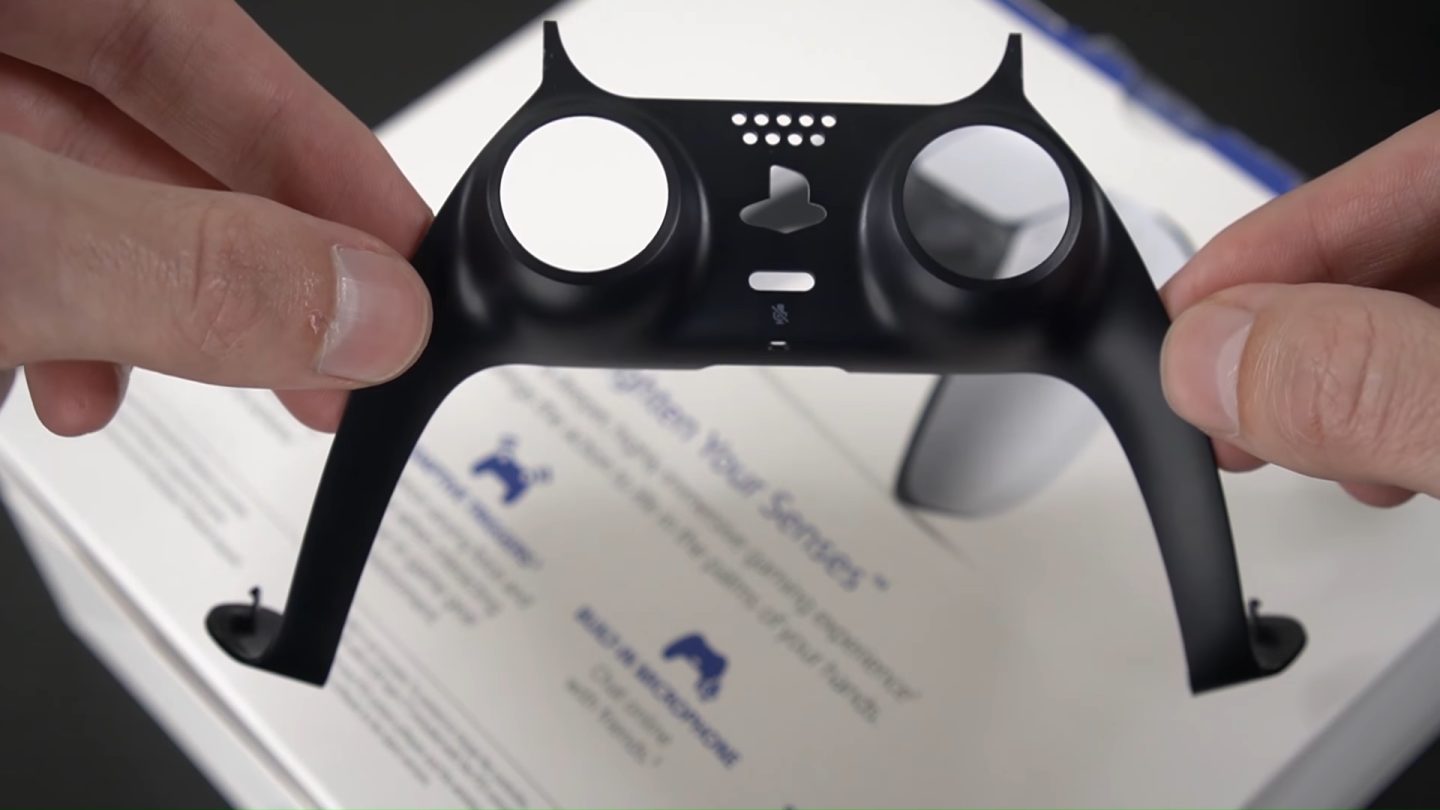 We’re now a week out from the launch of the PS5, and though Sony was slow to tell us everything that there was to know about its next-generation console, few mysteries remain at this point. That said, there may still be a surprise or two in store, including one that a YouTuber discovered after unboxing his DualSense controller.

In a video published on Monday, John Glasscock gives an overview of the PS5 DualSense controller and points out some of the notable features and quirks that might not have been covered previously. One of those quirks is that the front plate of the controller which covers the PlayStation button and the thumbsticks “can snap on and off with pretty much no tools required.” This opens the door to some cool custom options for DualSense owners.

As fascinating as this development may seem, there are a few caveats we need to offer before you even think about attempting anything like this yourself. First of all, as IGN notes, we have no idea if John previously removed the plate and that’s why it appears so easy to remove in the video below. After all, he says “pretty much no tools required,” so that certainly makes it sound like it might be tricky to do without tools. But more important, Sony has not said anything about this being a feature of the DualSense, which means that it could cause damage to the controller or permanently void your warranty. So watch the video, but don’t try this at home, at least not yet:

Speaking of PS5 customization, we wrote about a company called PlateStation last week that was selling custom faceplates for the PS5 ahead of the console’s launch. Not long after this company’s products started making waves online, Sony threatened legal action, which forced the company to rebrand, cancel all orders, and send out refunds to everyone who had attempted to buy a custom plate. We’re not going to read too much into all this (especially when it comes to the name the company chose to use), but Sony might not be as keen on third-party customization options as we’d hoped when we learned the PS5 faceplates could be removed. At least not yet, anyway.

Both the $499 PlayStation 5 and the $399 PlayStation 5 Digital Edition will launch on November 12th in the US. If you have yet to secure your preorder, you might have a chance of getting one at Target at launch.