An insider just confirmed that this leaked PS5 design is real 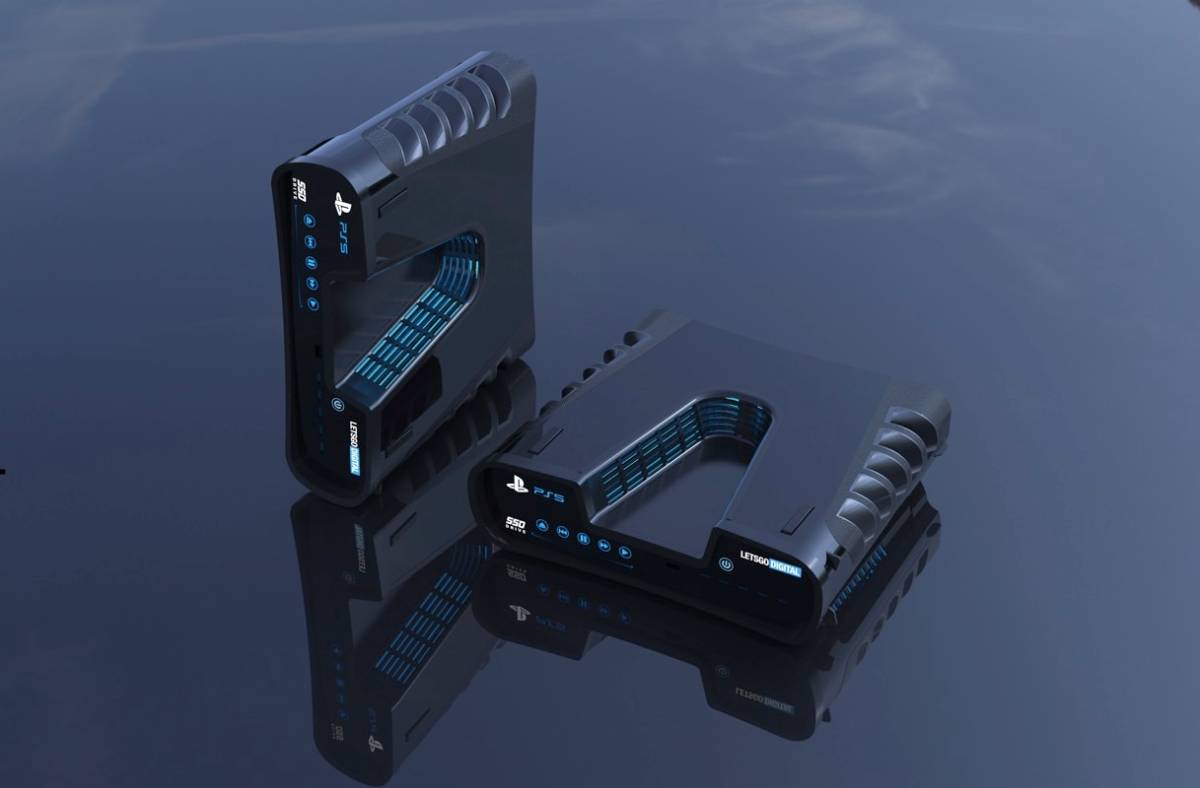 The high-resolution render above shows us what a PS5 dev console looks like, and it was created using a newly discovered Sony design patent. The reason renders like this exist in the first place is that a developer accidentally confirmed the design on Twitter, and then proceeded to delete the message and his entire account. It turns out that a different developer with access to both the PlayStation 5 and Xbox 2 (Project Scarlett) has been sharing images of the PS5 dev box for a while now, as well as additional details about the upcoming next-generation Sony and Microsoft consoles.

The leaker told Gizmodo in a series of emails that the blog was right with the assumption that AMD was slow to get ray tracing support on Navi, and that’s why both consoles couldn’t launch before 2020, in spite of both Sony and Microsoft confirming the main specs for each product. “Correct that AMD Navi v late,” the tipster said.

The person also said that the PS5 design above is codenamed Prospero, and it was delivered to developers early this summer. Gizmodo explained that Prospero is a character who appears in William Shakespeare’s The Tempest. Ariel and Gonzalo are other characters from the play, which are coincidentally the codenames that AMD may have used to hide its brand new console parts from the public. Ariel and Gonzalo were associated with new AMD semi-custom chips for gaming consoles, or Accelerated Processing Units (APU). A GPU called Oberon was also discovered earlier this year. The Shakespearian inspiration also suggests all these parts are made for next year’s consoles.

The tipster revealed that the future console will have “the greatest compute jump in any console,” without revealing any specific details.

More interesting is the fact that the tipster provided highly altered images that showed a console like the one in the render above, but it didn’t have any markings that could help Sony and Microsoft identify the source:

The best photo our tipster sent isn’t much—a 33.5Kb gif that is just 238 pixels by 144 pixels. It’s been cropped and downgraded as if to remove any possible identifying details. Suffice it to say that from what we can see, the details in the photo appear identical to the [patent] registration illustrations. […]

What immediately catches your eye is that this device has a two-tone color job, much like PS4 developer boxes before. Much of what we see is covered in a shiny silver finish that reflects the garish overhead lights illuminating it. The parts not covered in the silver finish are covered in black plastic. The portion visible includes those five gill-like vents and that big V-shaped divot.

A second image revealed even more details about the consoles:

The tipster said it was a photo processed with reduced color depth and resolution to remove reflections. The resulting file is another tiny gif. The tipster advised adjusting the brightness or gamma of the image. Doing so reveals a terribly pixelated image. The words “PROTOTYPE 1 NOT FOR SALE” are visible. Below that, there appears to be a small LED labeled “STATUS 2.” Directly beside it are three buttons or knobs. The first is labeled “STANDBY.” The labeling for the other two buttons or knobs is less legible. The one beside “STANDBY” starts with “RE.” So it possibly says “RESET” or “RECORD.” The third starts with an “EJE” and likely, spells “EJECT.” Directly below this grouping of three is what appears to be a slot for a DVD or Blu-ray.

In other words, it sure looks like Sony designed a custom PS5 case that’s pretty complex to be used on a dev kit and then never again. However, that doesn’t mean it’s the design Sony will use for the new PlayStation 5 that will be released last year.

On top of all that, the report explains that both consoles should have built-in user-facing cameras to facilitate live game streaming. The PS5 dev kit featured older camera tech that will probably be replaced on the final product. But the Microsoft Xbox Scarlett kit comes with a 4K camera that’s able to deliver a two-frame latency between what’s recorded and what appears on the stream. Microsoft (and Sony) seem to be well aware of the increased popularity of game streaming, and the next-gen consoles might pack great hardware so gamers don’t need to buy third-party cameras to stream.

UPDATE: A Microsoft spokesperson denied to Gizmodo that any Scarlett camera technology is in development and that such camera tech had been delivered to developers.