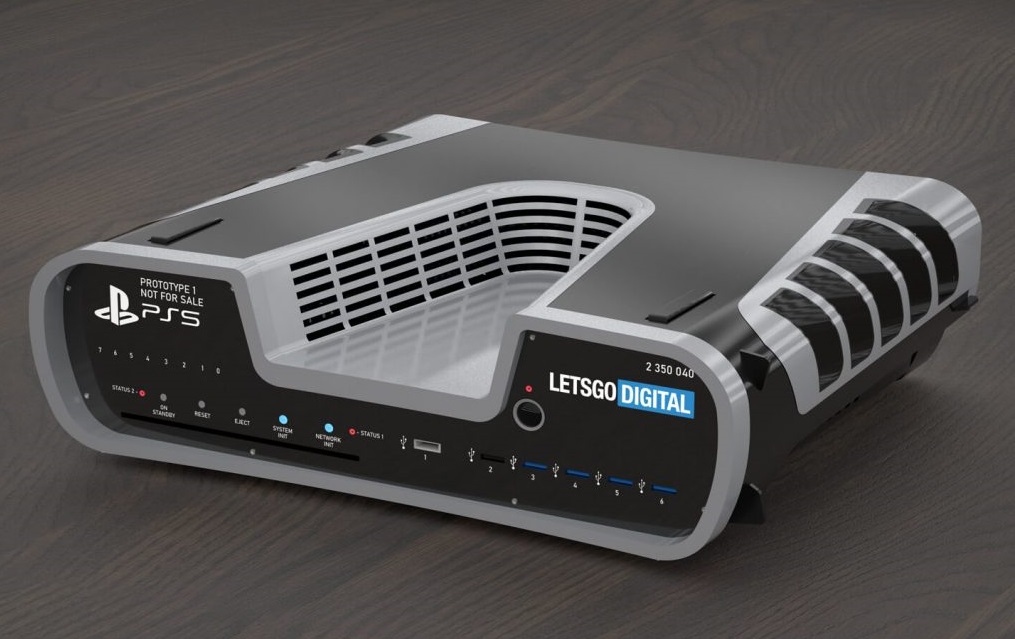 Sony’s playing an interesting PlayStation 5 reveal game with fans right now, as the company decided to announce plenty of exciting details about the next-gen console with more than a year left to go until the actual release. Sony told us what to expect in terms of processing power from the console, revealed it’ll use lightning-fast SSD inside the PlayStation for the first time ever, and announced some of the upgrades planned for the DualShock controller that will accompany the PS5. But Sony left out key PS5 details, including the console’s design, actual price, and the release date, preferring to keep things secret for as long as possible.

That didn’t stop leaks from making their way online, and we’ve seen rumors that addressed the PS5’s design and launch details. But the only one that saw multiple confirmations so far concerns the design of the PS5 console that Sony sent to developers — it looks like the device in the unofficial render above. That’s certainly a daring design for a development rig, but that doesn’t mean Sony will actually use it for the finalized product. While we wait for Sony to finally reveal the PS5’s looks though, we have one more concept for you that’ss based on the leaked dev kit… and it’s fantastic.

Concept Creator put together a short clip a few days ago that shows what the PlayStation 5 and DualShock 5 might look like, using information from existing leaks.

The console in the video below is a more refined version of the development kit above. Rather than the bulky “V” design of the dev kit, the YouTuber went for simpler design lines. Even so, such a PS5 design would make it nearly impossible to store the console in a vertical position, although a stand could help with that. The Blu-ray disk slot, ports, and speaker placement mimic the dev kit as well.

The controller looks a lot like the regular DualShock controller you’d expect to see in the box, although this one features a touchscreen display in the middle. Sony’s PS5 controller is already confirmed to feature better haptics than before, and there are reasons to believe the device will offer additional features not seen on any of its predecessors.

It’s unclear when Sony will unveil the PS5. A rumor said the company might host a PlayStation press event in February, but Sony hasn’t confirmed anything at this point. The console should go on sale at some point next November, with retailers around the world including Best Buy already taking registrations for preorder notifications.