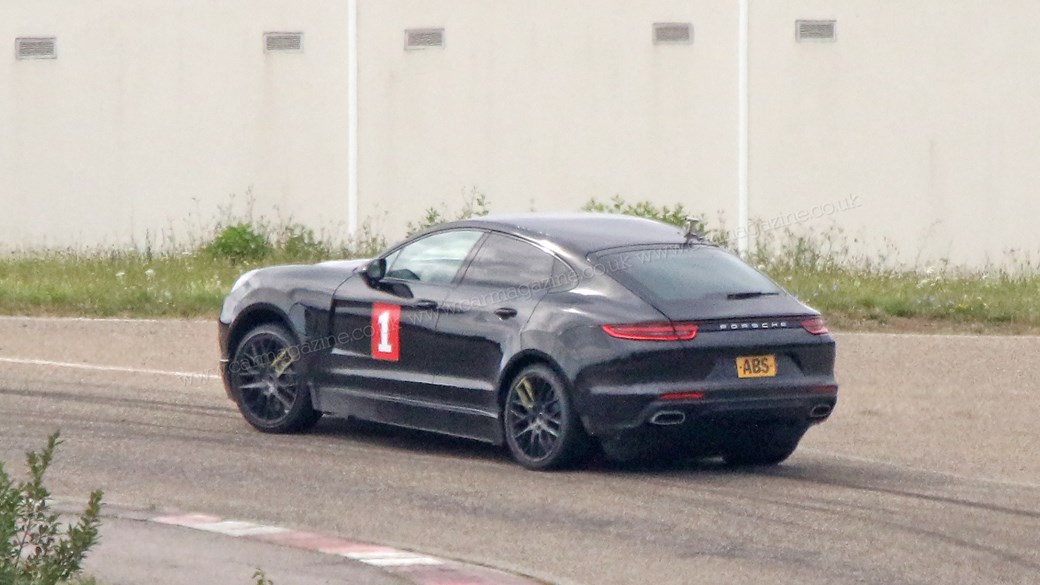 Oh Porsche. We used to have respect for your design choices, but this? Why would you stick a Panamera body onto an electric SUV and send it into the wild, where you know paparazzi are waiting?

According to reports from the UK’s CAR Magazine, what you’re looking at here is a prototype Model X competitor being tested at a track in Germany. It’s a Panamera body on a compact SUV chassis with an electric drivetrain and regenerative braking, apparently. Oh, and it also rivals the PT Cruiser Convertible for the worst-designed car in automotive history.

Given that these are spy shots, we don’t exactly know much about the car or its specs. CAR spotted the vehicle on a test track in Zuffenhausen, Germany, where it was apparently undergoing regenerative braking tests. The car isn’t yet ready for prime time or even approved for production, but it is twinned with Audi’s e-tron program, which gives it more chance of actually seeing the light of day.

It looks like Porsche’s jumping on the bandwagon pretty hard here: crossover SUVs and electric vehicles are both in vogue right now, so sticking the two together could actually be a big money-maker. If the body wasn’t so painfully ugly, that is. I’m not a big fan of the regular Panamera, but something about putting it on that chassis (or perhaps just putting it through braking tests) makes everything look all wrong.

On the plus side, the fact that it’s a pre-production car means that Porsche execs still have time to nuke the project from orbit and focus on something else, like helping parent company VW make diesels that don’t always cheat.