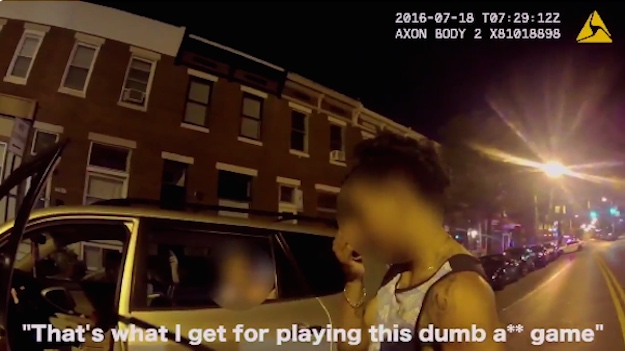 In a few years, or even in a few months, we’ll probably see Psychologists examine and study the unprecedented level of gaming addiction we’ve seen from Pokemon Go players over the past few weeks. If you thought Candy Crush was bad, well, Pokemon Go takes things to an entirely new level.

In recent weeks, we’ve seen stories of Pokemon Go players crashing cars, getting shot at, falling off cliffs, aimlessly wandering into traffic and even creating Walking Dead-style stampedes in cities across the globe. Apparently the search for virtual monsters is so strong that players can’t help but throw all of their common sense out the window once they fire up the game.

In the most recent instance of a Pokemon Go addiction gone too far, a distracted driver playing the popular game rammed his Toyota Rav4 straight into a parked police car. You see, in the Pokemon Go dominated world we now live in, the criminally dumb reveal themselves in droves.

Word of the somewhat hilarious crash was originally made public by the Baltimore Police Department who tweeted about the incident along with some accompanying video from a policeman’s body cam. Thankfully, no officers were inside the patrol car at the time of the incident. Further, the driver of the Rav4 escaped uninjured as well.

When officers confronted the driver, he admitted that he had his head down while playing Pokemon Go. Later in the video, the driver can be heard saying, “That’s what I get for playing this dumbass game.”

#PokemonGO is not all fun and games. Here is a video of a distracted driver who struck one of our cars. #PlaySafe pic.twitter.com/kOTfbTcILo