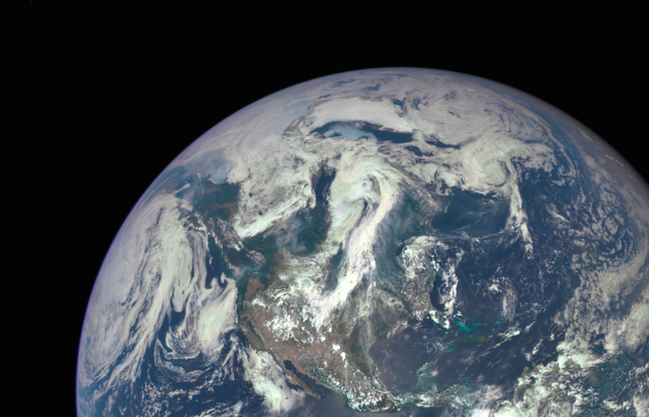 Conspiracy theorists keep finding proof of alien life on Earth, but if you’re going to be worried about deadly aliens causing a commotion on our planet then you’d have to look elsewhere – if only you could see that far. A huge alien force is believed to be so far out in our solar system that its presence can’t be confirmed yet. But a new theory suggests it regularly kills life on our beloved planet and the dinosaur extinction may have been its best work yet.

Recent reports suggested there’s more and more evidence that a giant planet is orbiting our solar system. Beyond it, there may be an even bigger threat. Planet X, unseen by scientists, exerts a tremendous gravitational pull on other objects in space, changing the course of comets and sending them towards Earth.

Not all of these flying space objects hit our planet, but those that do might kill off almost all life.

Apparently, it all happens every 27 million years, or at least, that’s what a new study suggests that was published by astrophysicist Daniel Whitmire in the Monthly Notices of the Royal Astronomical Society.

Whitmire, now a math teacher at the University of Arkansas, revised a study he co-wrote in 1985. Together with John Matese, he penned an article in Time magazine titled “Did Comets Kill the Dinosaurs? A Bold New Theory About Mass Extinctions.”

Since 1985, he has found more evidence to support his theory. He now says that Earth has been impacted by comets for over 500 million years, at a 27 million year interval.

Scientists have long proposed a theory that a Planet Nine could exist around the Kuiper Belt. Much larger than Earth, the planet would circle the sun once every 15,000 years.

But Whitmire’s research would indicate that a Planet X with an orbit of nearly 27 million years would exist beyond Planet Nine. Given that we can’t even prove Planet Nine exists because we can’t see it with any current tech, it’s even more difficult to find evidence of a Planet X that’s supposedly wreaking havoc on Earth with regularity.