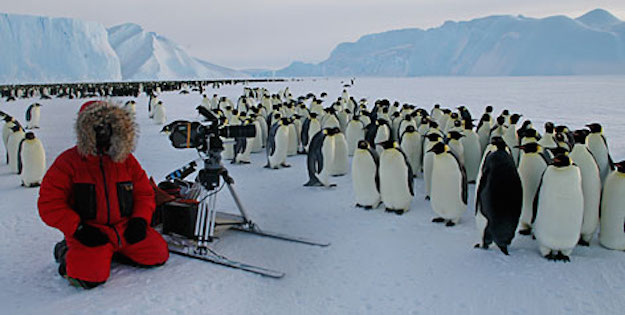 The release of the original and award-winning BBC series Planet Earth 10 years ago was monumental for a number of reasons. Not only was it one of the first programs to really demonstrate why owning an HDTV was a must, it also gave us an unprecedented and unique look at rarely observed animal behaviors across a diverse number of environments.

The Atlantic reports that Planet Earth 2 is slated to air later this year and, like the original, will feature the narration of David Attenborough. Not only that, but the sequel to the popular documentary will take things to the next level by employing technologies that simply weren’t available in 2006, including 4K cameras, advanced drones, remote recording and more.

When it was released in 2006, Planet Earth was simply the latest (and the most expensive) in a long line of BBC nature documentaries, though it was the first to take advantage of the development of high-definition filming techniques. Planet Earth 2 will be similarly forward-thinking—it’s been shot with ultra high-definition cameras over the last three years, employing drones and remote recording. It’ll likely serve as a similar native commercial for 4K televisions, the industry’s next big product, which have so far struggled to find TV content to match their ultra-detailed pictures.

Planet Earth 2, which will be a 6-part series, has reportedly been in the works over the past three years and, if it’s anything like the original, will be one of the most expensive documentaries ever shot by the time the dust settles.

“[The] epic scale and ambition of this series is second to none,” series executive producer Mike Gunton explained. “It will be a truly immersive experience, providing audiences with a unique perspective on the most extraordinary places and animals on our planet.”