It’s finally here, October 15th, or Pixel 4 day, as I’ve been calling it lately. The new Google phones will be the star of Google’s fall 2019 hardware event, but they’re not the only new products coming out of Google’s labs today. In fact, the first new device that Google unveiled is the brand new Pixel Buds wireless earbuds. This time around, Google’s new AirPods alternative is fully wireless. The two earbuds aren’t connected by a wire, as it was the case before, and that’s just one of the 2019 Pixel Buds’ new features.

The Pixel Buds come with long-range Bluetooth connectivity, which means they work up to 100 yards away from the source. Google’s Rick Osterloh said that you’d actually be able to leave the phone inside the house without losing connectivity to the Buds as you walk outside. 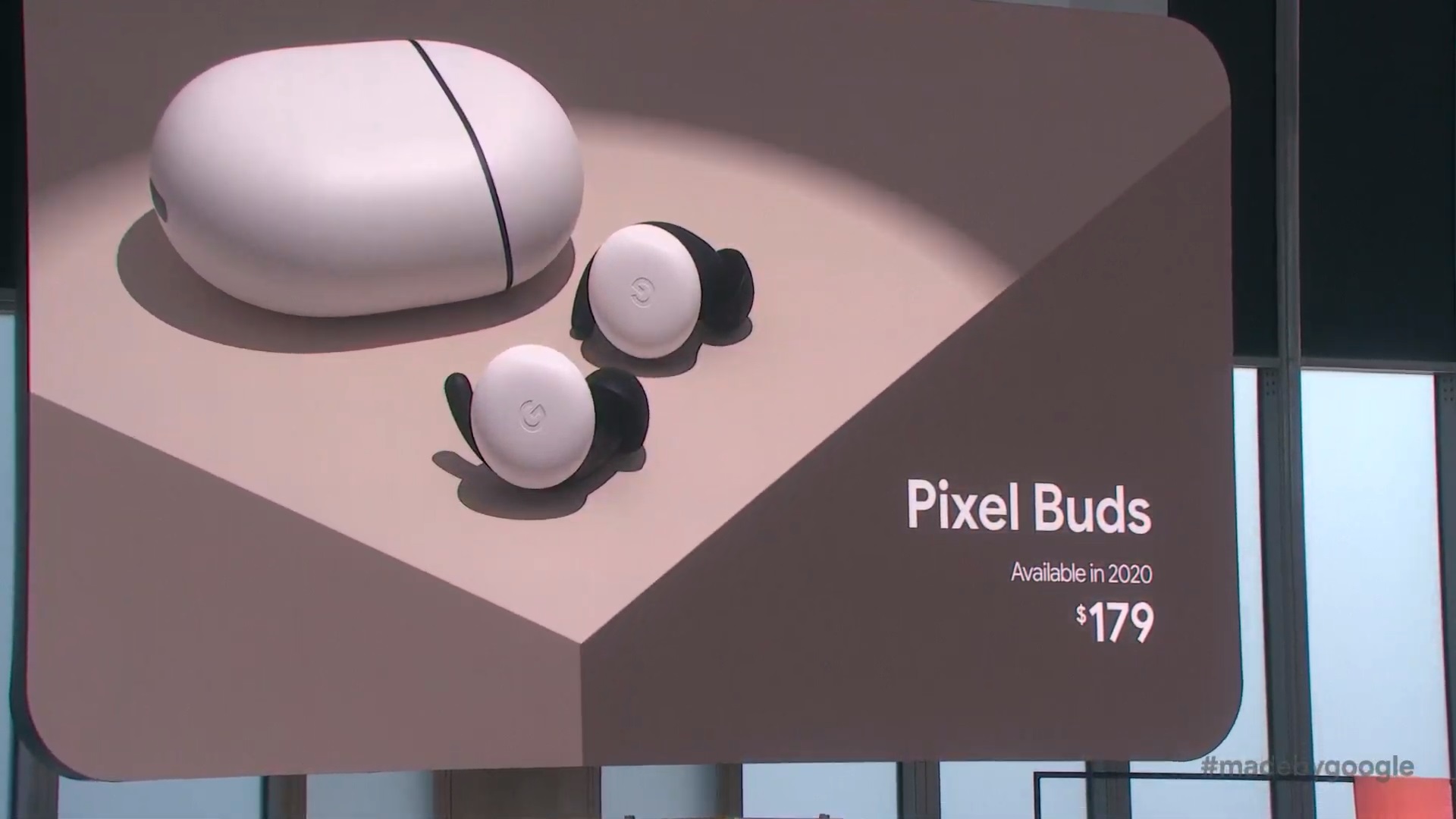 The new Buds deliver five hours of battery life on a charge, and up to 24 hours thanks to their case, which supports wireless charging, by the way.

When it comes to sound quality, Google said that the Pixel Buds 2 delivers “excellent sound quality,” thanks to a hybrid design that seals the ear for bass, and a “spatial vent” that allows environmental sound in. Software algorithms, meanwhile, will adjust the volume dynamically, based on what’s happening around you.

The only bad news regarding this next-generation Pixel Buds earphones is that they’ll only ship in the spring of 2020, much later than we’d have anticipated.

When it comes to the price, you’ll have to know the Pixel Buds 2 will sell for $179, in line with what’s available from other companies, Apple included.