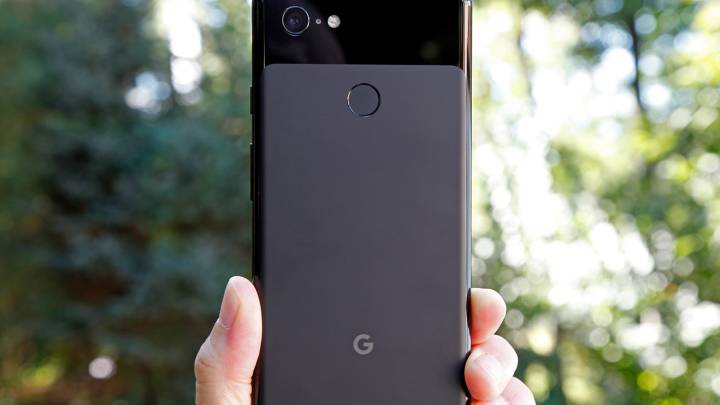 Google’s Pixel 3 and Pixel 3 XL aren’t even five months old at this point, and leaks have told us that there are still two more versions of the Pixel 3 coming this year. That’s right, Google will harken back to the beloved Nexus smartphone line it discontinued and release two lower-cost versions of its most recent Pixel handsets. We’re definitely looking forward to seeing what Google has in store for the mid-range smartphone market, but it looks like attention is already turning to a point a bit further in the future.

A leak on Thursday showed us a supposed sketch of the design Google will use for its upcoming Pixel 4 XL. The Pixel 4 series isn’t expected to be released for another seven months, and we have yet to see any solid rumors about what Google might have in store for Android fans this year. According to that sketch and a new leaked render, however, Google may be planning to finally release new flagship phones with designs that aren’t stuck in the past.

Google’s Pixel phone lineup has always been great, but it has also always been stuck in the past. The original Pixel phones were designed by HTC for Google, and they were blatant iPhone 6 ripoffs. The next two Pixel generations would move away from Apple’s designs, for the most part, but they were also always behind the times. The Pixel 3 and Pixel 3 XL are the best illustration of that fact. By late 2018 when the Pixel 3 was released, it was the only flagship phone from a major smartphone vendor that still featured massive bezels above and below the screen. The Pixel 3 XL was better, but only marginally — it has an oversized notch at the top, but still has a huge bezel down below the display.

In 2019, Google might finally catch up with the times. The big trend in smartphone design this year is the hole-punch display like the one on Samsung’s new Galaxy S10, and a leaked design sketch yesterday showed us a supposed Google Pixel 4 XL sketch with a dual-lens front-facing camera peaking through a hole cut out of the phone’s top-right corner. Google’s current Pixel 3 XL has a dual-lens selfie cam setup, so the sketch certainly makes sense, though there were some things about it that made us skeptical. Now, adding a bit of fuel to the fire, a Bulgarian blog called iDroidbg has posted a supposed render of the upcoming Pixel 4.

The render shows a design that is quite similar to the Pixel 4 XL sketch we saw yesterday, but there’s only a single lens selfie cam peering through the display.

Apart from the modernized hole-punch display, there are two other key takeaways from this render. First, there is no longer a fingerprint sensor on the back of the phone. If the render is indeed accurate, it would indicate that Google is going with an in-display sensor like many other flagship Android phones. Second, and perhaps most importantly, the Pixel 4 XL sketch and this new Pixel 4 render both show a new dual-lens camera on the back of the phone. Google’s Pixel 3 and Pixel 3 XL are considered to be among the best camera phones in the world despite having single-lens rear cameras, so it will be interesting to see if Google decides to change its winning formula and adopt a dual-lens setup.