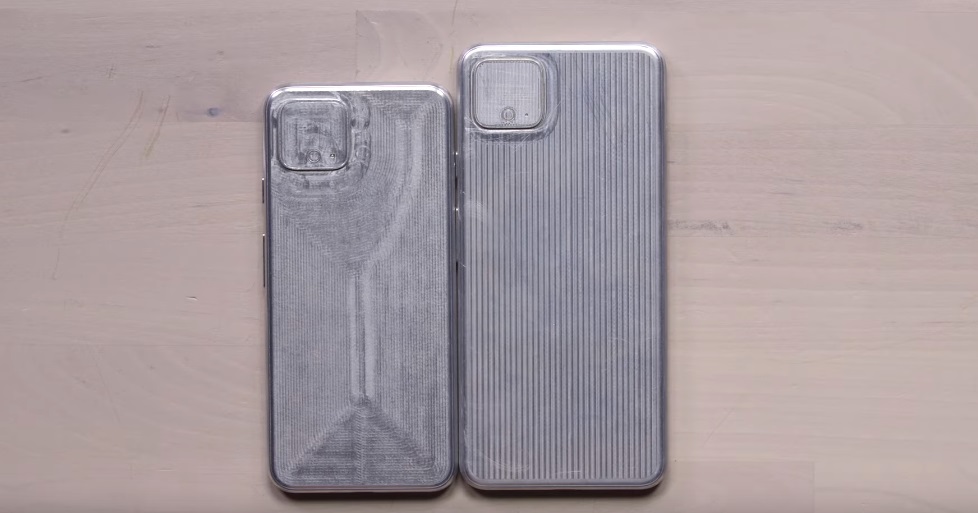 With the official unveiling of Google’s highly-anticipated Pixel 4 lineup now just a few months away, a number of high-profile leaks have recently shed a bit more light on what we can expect to see out of Google’s next-gen smartphone models. And given how impressive Google’s Pixel 3 line was, it stands to reason that the Pixel 4 will live up to the hype and will offer a premium user experience positioned to rival the iPhone and Samsung’s Galaxy S10 series.

Design wise, recent renders have revealed that the Pixel 4 will likely feature a square camera module on the back, similar to many of the iPhone 11 rumors we’ve seen over the past few weeks. More recently, the folks over at Unbox Therapy managed to get their hands on metallic molds of both the Pixel 4 and Pixel 4 XL. The molds are typically used by case manufacturers looking to get a head start on case design and are often based on reliable information from the supply chain.

The video below provides us with a good look at the overall Pixel 4 and Pixel 4 XL form factor. And again, the most interesting takeaway is the square camera module on the back which, according to some rumors we’ve seen, may include 3 cameras.

Also of note is a report that the Pixel 4 lineup may ditch the unseemly notch that appeared on the Pixel 3. Consequently, the Pixel 4 design will boast a more prominent forehead similar, though perhaps smaller, than what we saw on the Pixel 2.

Other notable tidbits include the fact that the Pixel 4 line won’t include a physical fingerprint sensor. Consequently, Google appears ready to embrace facial recognition as an unlocking scheme. In turn, it will certainly be interesting to see how face unlock on the Pixel 4 measures up against Apple’s Face ID.