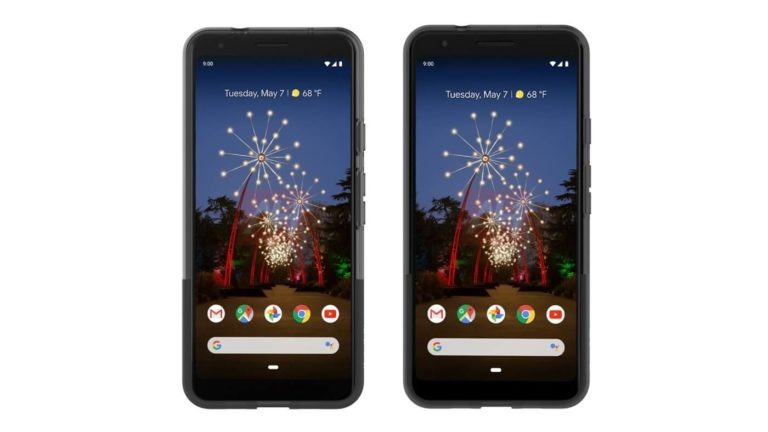 As many high-profile Android flagships have still yet to be announced this year — from Samsung’s Galaxy Note 10 to the OnePlus 7 Pro — one device that has continued to draw interest is the mid-range Pixel 3 successor that Google is supposedly prepping for launch. We’ve seen all kinds of leaks about the Pixel 3a and Pixel 3a XL in recent weeks, but on Thursday, Android Headlines shared what it claims to be the first official renders of the phones.

As Android Headlines notes, several renders have been floating around that were created based on leaks and reports from around the web, but these are the first official renders to make their way online. The Android blog goes as far as to say that it is confident that these renders are representative of the final product.

Unfortunately, this isn’t the clearest leaked product shot we’ve ever seen, but you can get a general idea of what the two phones are going to look like from the image. In terms of design, you won’t see anything resembling that of other 2018/2019 flagships, such as notches, in-display fingerprint sensors, or a lack of bezels. In fact, at a glance, it’s hard to tell the two phones apart, or to tell them from the standard Pixel 3.

The one noticeable difference between the two phones is the size of the display. The Pixel 3a is expected to have a 5.6-inch display with 2220 x 1080 resolution, while the Pixel 3a XL should sport a 6.0-inch display with 2160 x 1080 resolution. If you look very closely, you can tell that the phone on the left is slightly thinner than the one on the right. Otherwise, it’s honestly difficult to distinguish between the two phones.

Other recent leaks suggest that the Pixel 3a could start as low as CAD 549.99 (~ $400 USD), which is significantly cheaper than the Pixel 3. Thankfully, it doesn’t look like we’ll have to wait long to find out the truth, as Google has hinted at a May 7th reveal date for the new phones (check the date on the renders).