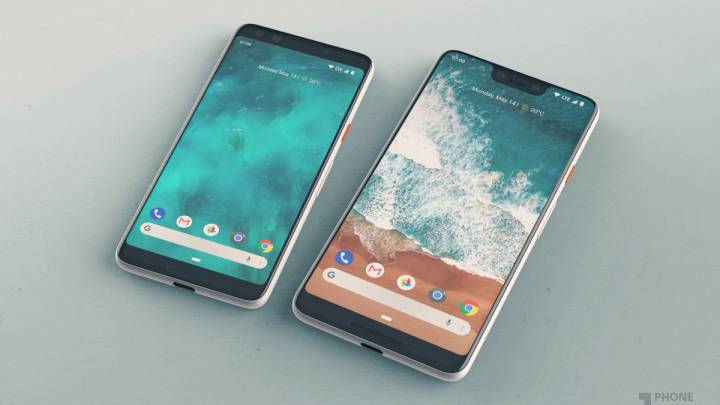 “Feel free to choose whichever size Pixel you prefer, because you’ll get the same great experience on both,” Google’s Mario Queiroz said during the Pixel 2 event last year, setting up the obvious joke. “We don’t set aside better features for the larger device.” Remember that, Pixel fans, when the Pixel 3 is unveiled later this year. You might be in for quite a surprise when it comes to features and larger devices — oh and by the way we debunked Google’s bogus claim last October right after it announced its new Pixel phones.

Pixel 3 reports dominated last week’s tech news cycle, from leaked screen protectors to renders and rumors. And they all said the same thing, that the larger device — Pixel 3 XL — will have better features than the smaller one. But guess what, Android fans: it gets better. And even more ironic.

Google will supposedly unveil a cheaper Pixel 3 version at some point in 2019, which will be powered by the newly announced Qualcomm processor for mid-range devices, the Snapdragon 710. Xiaomi already confirmed that a version of the Mi 8 smartphone will have a 710 inside.

The news that Google is developing a third version of the Pixel 3 comes from Roland Quandt, who revealed details about this device on Twitter.

Off to Taiwan for @computex_taipei today, but here's a tidbit for ya: Google is working on a "mobile" device based on the Snapdragon 710 currently scheduled for launch in the 1st half of 2019. Sounds like this might be the (or one of them) upcoming mid-range Pixel phone.

The phone should be unveiled in the first half of 2019. “Sounds like this might be the (or one of them) upcoming mid-range Pixel phone,” he said. It also sounds like Google is copying Apple’s iPhone SE strategy the wrong way.

One of the great things about Nexus phones was the price. You got pure Android in a decent phone that didn’t cost as much as an iPhone. The later models were more expensive, of course, but still not as pricey as Pixels.

As noted by @arbycalzone Google's SDM710 device indeed does have a "fishy" codename, being called "Bonito": https://t.co/gvDHgYq1nj which _PERFECTLY_ fits the mid-range orientation – Wikipedia says: "Bonitos are a tribe of medium-sized, ray-finned predatory fish…" :) https://t.co/G95tImjfEz

It’s likely that the Pixel 3 will be an expensive phone, just like its predecessor. So this cheap Pixel 3 version will surely appeal to Pixel fans working with a tighter budget.

But if Google wants to replicate the iPhone SE business model, we’ll remind you that when the first iPhone SE launched back in March 2016, the phone packed the same processor as the iPhone 6s that was launched six months earlier. Sure, Apple hasn’t upgraded it since 2016, but that’s beside the point. At the time it was released, the iPhone SE was one of the most powerful smartphones in the world.

No I do not know if there is one planned for this year. No I do not know any specifics in this device, only the CPU. Hardware dev work in this only just started about a month ago.

Quandt added that aside from the phone’s processor, other details aren’t known about the cheaper Pixel 3 since hardware development started just about a month ago.