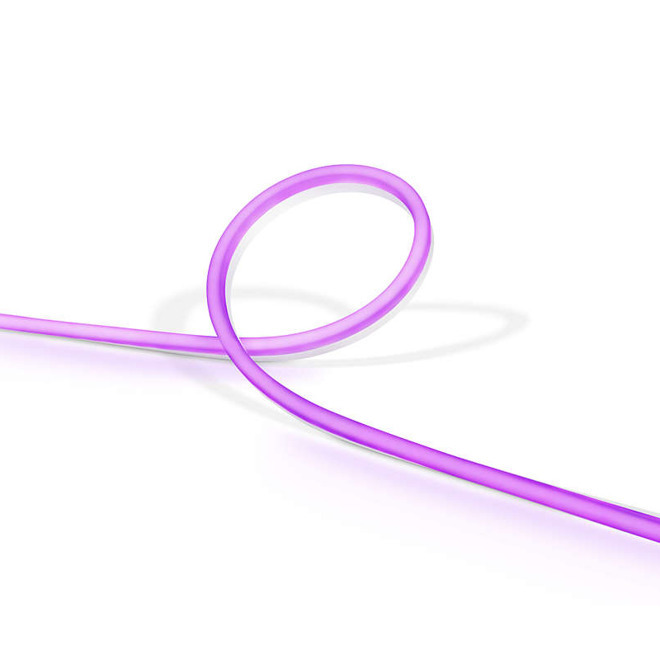 The Philips Hue range of smart light bulbs are the benchmark for lights that you can control with your phone, largely because of the variety of bulbs the company offers. Want an expensive color-chaging bulb for that weird fixture in your bathroom? Sure! Replace all your ceiling lights with colorful options? That’ll be $600, but if you’ve got the cash, Philips has the bulbs.

With the new line of Hue products shown off today, however, it seems that Philips is going outside of its bulb comfort zone, instead offering a range of (even more expensive!) Hue-connected light fixtures. There are new wall lights, floor lamps, pendant fixtures, illuminated mirrors, and an outdoor-rated light strip that’s going to be a game-changer for festive home decoration.

Although there’s still no official announcement from Philips, The Verge got an early look at some of the new fixtures. The most universally popular are probably going to be the outdoor light strips, which come in 7-foot and 16-foot versions. Unlike the indoor versions, they’re fully sealed against the elements, which means you can’t cut them to length or add extensions. They’re also a little more expensive, costing $89.99 and $159.99 respectively.

Inside, Philips is launching the Ascend collection, which include wall, floor, table, and pendant lights, running from $99.99 up to $179.99. The lamps are specifically designed to work with existing Hue bulbs, rather than having built-in LEDs.

Then there’s the Adore bathroom collection, which includes an illuminated mirror and a ceiling light, both of which have built-in LEDs rather than Hue bulbs. They ship with dimmers so that you don’t have to always use your phone, and cost $179.99 for the ceiling light or $249.99 for the mirror.