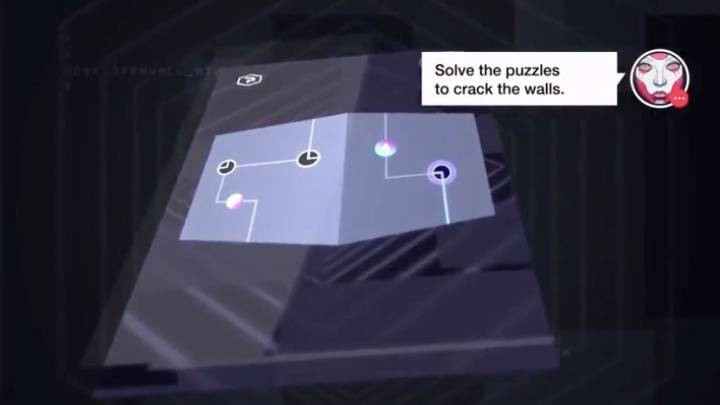 Before OnePlus launches its next flagship, the OnePlus 6T, the company will kick off a puzzle game competition that has a grand prize worth $30,000. Called Crackables, the game is played online on mobile devices only and represents a partnership between Google and OnePlus.

You don’t need to install any apps, and you don’t need to buy a OnePlus phone to enter the competition. All you need to do is to point your mobile device to this link on September 18th, at 8:00 AM EST and try to solve the game as fast as possible.

??wELcoMe tO tHe ChAlLenge?? Unseal the Cube in 24 hours when #Crackables begins.

The first 1,000 players who manage to make it through the first three challenges will be able to move to the next stage, which involves having OnePlus send a microcontroller to them. The winner will take home a $30,000 ultimate gaming setup, but other prizes will be available along the way.

We have no idea what to expect from Crackables. Apparently, the object of the game is to help someone escape. OnePlus describes it as a series of “Android-based crypto-puzzles” made for “tech-savvy users.” Sleep Deprivation Lab wrote the whole thing, and the puzzles need a combination of skill and speed to complete, as the puzzles are both digital and physical. We have no idea what that means other than that you’ll have to use a mobile phone to win the game.

OnePlus also worked closely with the APAC division of the Google Zoo team to develop Crackables. Your best bet, of course, is to tune in on Tuesday morning and try to beat the puzzles as fast as you can.

A teaser of the game is available above, and the full press release follows below:

Players will have the opportunity to win a $30,000 ultimate gaming setup and other prizes along the way

The company’s commitment to providing a fast and smooth user experience has helped to create the perfect platform for mobile gamers. As one of the few smartphone companies who offer up to 8 GB of RAM, OnePlus appeals to power users at both hardware and software levels.

With its tech-savvy users in mind, OnePlus, in collaboration with Google, has developed a challenging series of Android-based crypto-puzzles, open to anyone to participate.

The game was written by Sleep Deprivation Lab, and is comprised of a series of compelling puzzles that need a combination of skill and speed to complete.

Players will be guided through a series of puzzles, both digital and physical, in order to keep progressing. Only the first 1000 people to make it through the first 3 challenges will qualify to continue and have the microcontroller sent to them to become a potential winner.

There will be opportunities to win prizes at multiple stages in the game, but only 1 will be awarded the grand prize, an ultimate gaming setup, valued at $30,000.

It’s a race against the clock and the timer begins on September 18, 8am ET. Experience the game for yourself here: https://crackables.oneplus.com/

What was Google’s role in this campaign?

OnePlus worked closely with the APAC division of the Google Zoo team to develop this campaign. Google Zoo is a creative team within Google that helps brands and agencies unlock the creative potential of Google technology.
Can the game be played on PC?

Crackables is a mobile-only experience
Do I need to download an app to play Crackables?

No, anyone can play Crackables by visiting crackables.oneplus.com.
What are the prizes?

1 Grand Prize: an Ultimate Gaming setup, valued at $30,000
In addition to the Grand Prize, there will be many other mysterious prizes awarded to second and third place winners.
Can those with early access to the game compete for prizes?

Since Crackables is a time-based game, anyone who has early access is not eligible to compete for prizes
What is Sleep Deprivation Lab?

Sleep Deprivation Lab was founded by Christian Cantamessa, an award-winning game designer and filmmaker. With its roster of experienced creators, the company provides writing, directing, and producing services for films, comic books, virtual reality and video games
Who wrote the Crackables challenge?

The Crackables Challenge was written by Davidson Cole. Davidson is an alumnus of the Sundance Film Festival (DESIGN, 2002) and has written for tabletop and video games for over two decades. He has been a writer for several sci-fi/fantasy/horror universes including the classic cyberpunk setting Shadowrun, F.E.A.R. and most recently Eclipse Phase. Davidson has been a Sleep Deprivation Lab collaborator since 2015