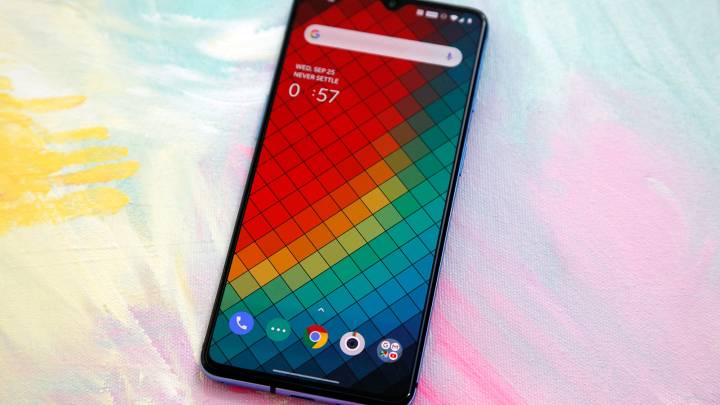 In typical OnePlus fashion, the Chinese smartphone maker unveiled its first major upgrade for the OnePlus 8 series via an announcement on its own forums. As with previous signature features developed for unreleased hardware, CEO Pete Lau explained in great detail the new screen tech that will be on this year’s new phones.

The feature announcement couldn’t have come at a better time, considering all the chatter about the Galaxy S20’s rumored 120Hz screen. This brings us to a brand new leak that shows us the OnePlus 8’s 120Hz panel in a hands-on image.

Shared with True-Tech by a OnePlus insider, the following image shows the screen refresh rate settings screen for the OnePlus 8 Pro, which we assume will be the first OnePlus phone to get a 120Hz OLED screen this year:

We’re looking at a smartphone featuring a hole-punch display similar to Samsung’s Galaxy S10 series. The selfie camera, however, is positioned on the left side of the screen, whereas the Galaxy S10 phones had selfie cams on the right side. The screen design signals a departure from the slide-up selfie cam that OnePlus used in previous generations.

The settings page, meanwhile, indicates that users will be able to choose between three refresh rate modes: 120Hz, 90Hz, and 60Hz. The screen also warns users that raising the refresh rate will improve the smoothness of the display, but will reduce battery life. That’s nice to know, especially if you’re not sure what displays with the benefits of a display with a high refresh rate might be.

While it might make sense, this is still an unconfirmed leak, so treat it accordingly. It’s unclear when OnePlus will unveil the OnePlus 8 series, but we’ll probably see more leaks the closer we get to the launch event.