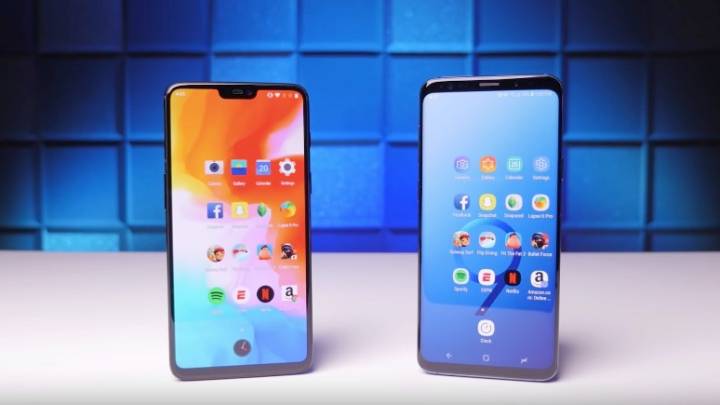 The OnePlus 6 is the hottest Android smartphone right now. Just like most Android phones of the year, the OnePlus 6 borrows Apple’s iPhone X design, but you probably knew that well ahead of last week’s OnePlus press conference.

However, the OnePlus 6 does stand out from the Android crowd for a bunch of reasons, speed being one of them. OnePlus stressed the phone’s performance in the months that preceded the unveiling event, and the first speed test has already confirmed how fast this phone is. Now, an even better real-life speed test shows us exactly how fast the OnePlus 6 really is.

A few days ago, we saw the OnePlus 6 beat the iPhone X, Galaxy S9, and OnePlus 5T in a simplified speed test. But we now have a much better comparison from YouTube channel PhoneBuff, which is a regular source of these unscientific speed test videos. This time around, the test has been automated.

Instead of having a human launch the same suite of apps on both the OnePlus 6 and the Galaxy S9+, PhoneBuff used a robot to do the job. The Galaxy S9+ consistently beat the iPhone X in speed tests earlier this year, even though the iPhone X is much faster in benchmark tests.

We’re looking at the same “standard” real-life test here. We’ve got two phones and a bunch of apps that need to be opened on both handsets in the exact same order. The first round looks at how fast the phone finishes loading up all apps, while the second shows how long it takes to reload each app from RAM.

Both handsets are powered by the Qualcomm Snapdragon 845 processor. When it comes to memory, the OnePlus 6 has the upper hand, packing 8GB of RAM, 2GB more than the Galaxy S9+.

In other words, you should expect a similar performance from each phone. But the OnePlus 6 is definitely faster, finishing the test more than 8 seconds quicker than the Galaxy S9+. The OnePlus 6 does run Android 8.1 out of the box, while the Galaxy S9+ is still on Android 8.0.

What that means is that the OnePlus 6 is slightly faster than the handset that beat the iPhone X in similar tests a few months ago, even though we’re looking at similar hardware. Check out the video below.