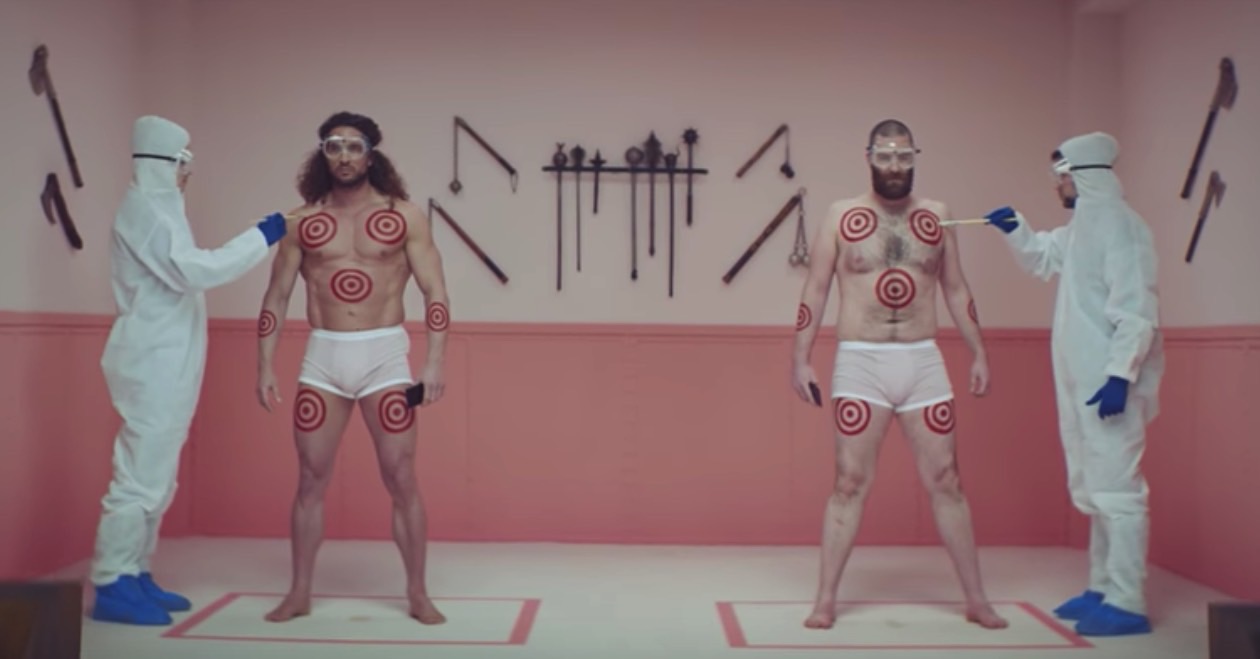 Smartphone speed comparison tests are common practice nowadays, but they don’t usually come from smartphone makers. YouTube tech channels conduct these unofficial experiments as objectively as possible, in an effort to determine which new phone is the fastest in town.

But here comes OnePlus, the Chinese smartphone maker that’s currently dealing with a credit card data breach that affected tens of thousands of customers. And it’s easily the most awkward speed test I’ve ever seen.

For some reason, OnePlus decided it would be a great idea to go forward with this project, and release it in late-January when nothing is really happening in the world of mobile. Let’s watch it:

Let’s ignore the nearly naked men with targets painted all over them, and let’s ignore the cacti being hurled in the air towards them. OnePlus refers to the two contestants as “stupid men” right from the beginning. So at least one of the two stupid men agreed to buy a OnePlus 5T and then strip down for this cactus speed test? Is OnePlus referring to potential customers as stupid in this ad that’s supposed to go viral?

Both men, even the Galaxy Note 8 user, are potential OnePlus 5T buyers, right? After all, that’s the purpose of these speed comparisons, to highlight the better choice for customers who actually care about performance in a phone above all else.
Maybe what’s really annoying about this ad is the timing. OnePlus released the commercial just a few days after it confirmed that at least 40,000 of its customers may be affected by a credit card breach. That’s more than 40,000 anything-but-stupid people who decided to buy OnePlus phones only to find that their credit card data is now in the hands of hackers.