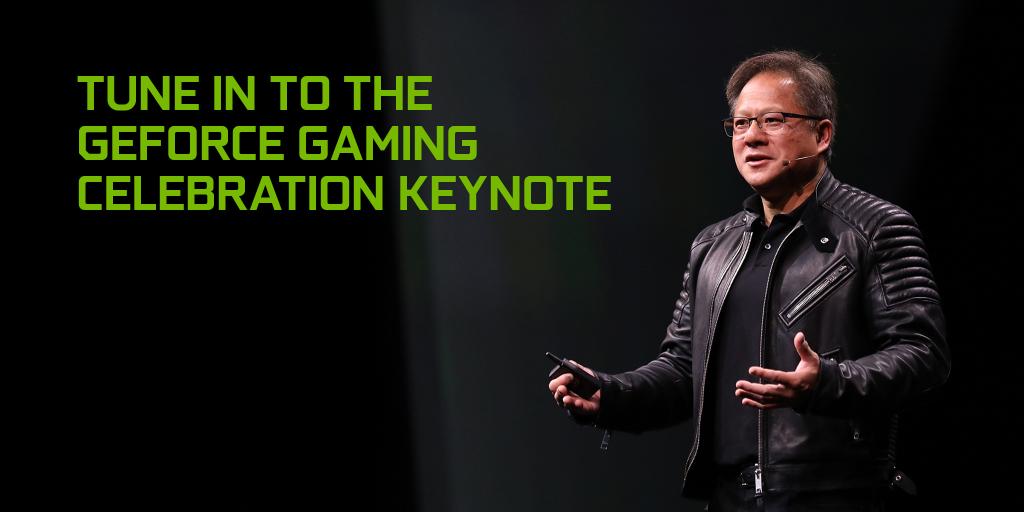 Nvidia will help to kick off Gamescom 2018 — the largest gaming convention in the world — on Monday as it takes the stage to introduce a new line of GeForce graphics cards. While it may not receive quite as much hype as E3, the expo has reached attended of over 300,000 visitors every year since 2013. Although the show floor won’t open until Tuesday, Nvidia’s keynote will take place at 9 AM PT / 12 PM ET on Monday, August 20th.

Nvidia is keeping its (graphics) cards close to the vest, but in all likelihood, the GeForce RTX 2080 will be the star of the show at today’s event. The surprise was spoiled last week when the full list of specifications for an unannounced RTX 2080 Ti card leaked online, giving us an early look at Nvidia’s next flagship GPU.

Nvidia has also recruited publishers of some of the biggest upcoming games of 2018, as evidenced by a few tweets using the company’s #BeForTheGame hashtag. At the very least, we should see both EA’s Battlefield V and Square Enix’s Shadow of the Tomb Raider running on Nvidia’s latest graphics cards during the event:

PC gaming enthusiasts will undoubtedly be excited to see what Nvidia has in store, but price will be a major factor for a majority of consumers. At least one source suggests that the RTX 2080 could start at $600, which is the same price that the GTX 1080 launched at back in 2016. Price-conscious gamers will be more interested in the upcoming 2060 and 2070, which will still provide significant power boosts without the huge price tag.