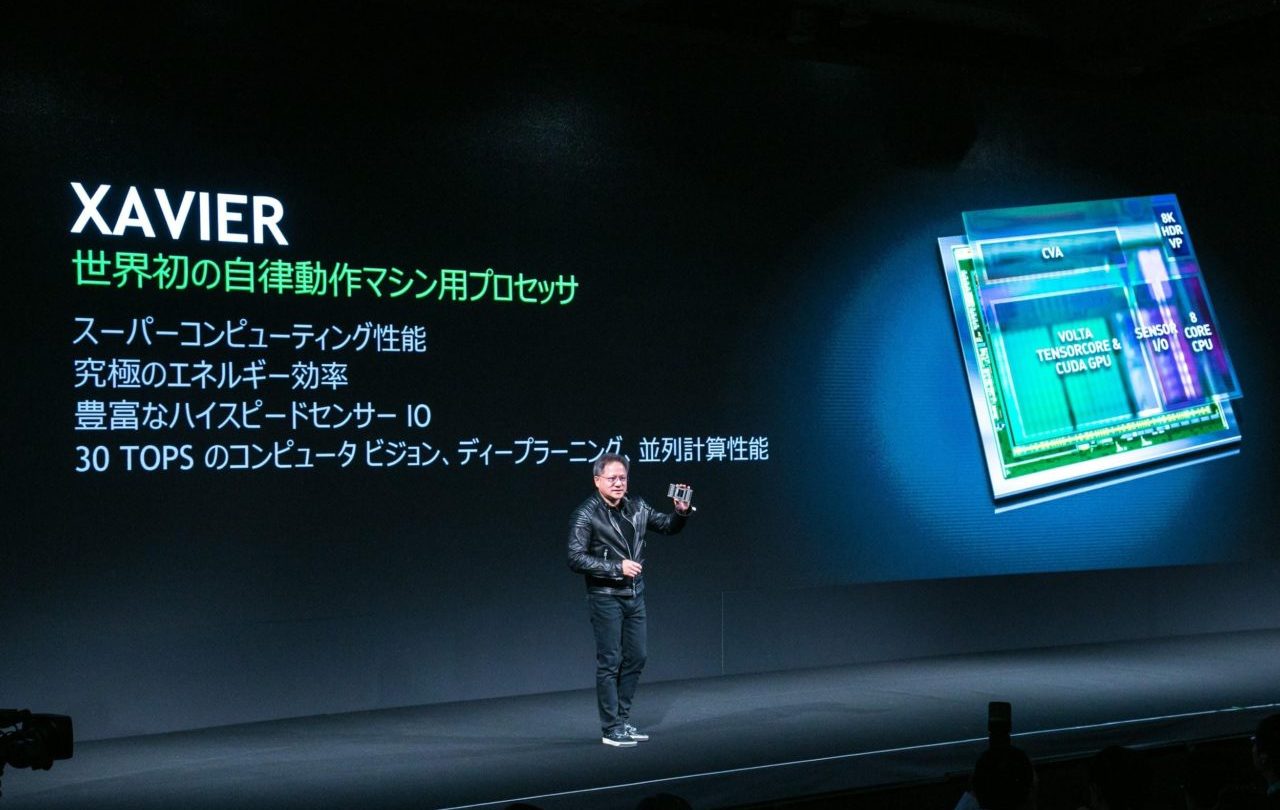 NVIDIA doesn’t make self-driving cars of its own, but that doesn’t mean it won’t be an important player in the smart car business. That’s because NVIDIA has something that most carmakers lack: the hardware and software that can transform a regular car into a smart car that can keep track of everything that happens outside and inside of the vehicle.

Speaking in Tokyo at the last part of its GPU Technology Conference, NVIDIA detailed its next-generation DRIVE platform that’s powered by Xavier, which NVIDIA calls “the world’s most complex system on a chip.”

Xavier will interpret sensor data from outside the car, but also from the interior, “using deep neural networks to deliver applications built on 360-degree surround perception coupled with eye tracking, gesture recognition, and natural language understanding.”

Cars equipped with the NVIDIA DRIVE IX software development kit, cars will notify the driver of potential safety hazards outside, and they’ll keep an eye on the driver, looking for signs of drowsiness and distractions.

The software can be updated via Wi-Fi or cellular connections to enable other features throughout the life of the vehicle.

The Xavier AI platform may one day power self-driving cars from regular carmakers. And while NVIDIA isn’t making autonomous cars of its own, it did showcase BB8, its own research car that demonstrates the “building blocks of autonomous driving.”

Pioneer is going to partner with NVIDIA to combine its 3D LiDAR sensors with the DRIVE platform, the announcement said, while Tier IV showcased a golf cart-like electric vehicle that offers autonomous driving.