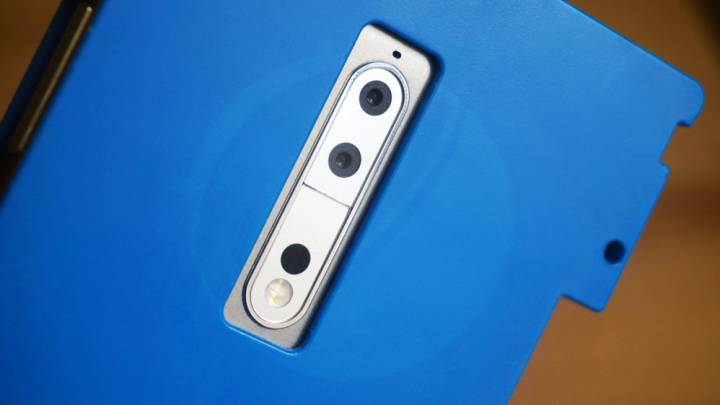 The flagship Android handset you’ve been waiting for years for Nokia to make is almost here. The Nokia 9 that HMD Global will unveil later this year has been featured in a variety of leaks and rumors so far. The latest one is a benchmark result from AnTuTu that lists the phone’s hardware.

Posted on Weibo, the AnTuTu screenshot reveals that the Nokia TA-1004 has a 2560 x 1440 display, Qualcomm Snapdragon 835 processor, 4GB of RAM, 64GB of storage, and 13-megapixel cameras. The screenshot seems to indicate the phone will have a dual rear camera, as previously reported.

This information is in line with what we expected from a Nokia flagship this year. Earlier reports said the phone will offer the same high-end specs as the Galaxy S8, OnePlus 5, and any other flagship handset of the year.

HMD, meanwhile, is getting ready to launch the Nokia 3, 5, and 6 around the world. The company should unveil the Nokia 7, 8, and 9 at a later date, although we have no idea when it’ll happen. HMD did confirm it’ll have a bunch of Android devices in stores this year, including high-end handsets.

Given that the Nokia 9 model in this AnTuTu listing runs Android 7.1.1 Nougat, it’s likely the phone will be launched before Google rolls out the final version of Android O this summer. But the Nokia 9 should be upgraded to Android O in the future. After all, Nokia just confirmed that all its mid-rangers will receive the Android 8.0 update in the future.