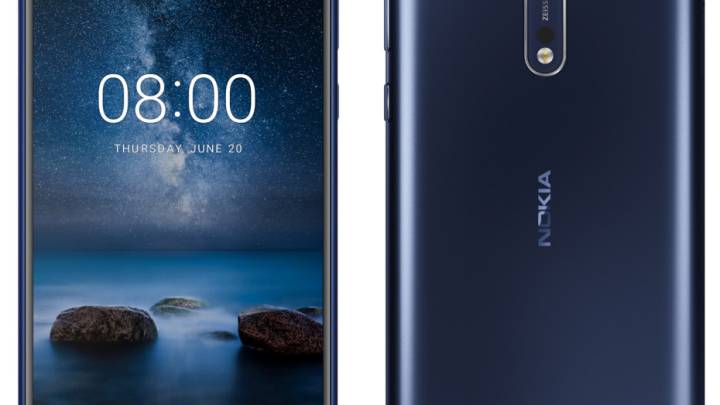 HMD Global will soon launch its first Nokia-branded flagship Android handset. The Nokia 8 is supposed to compete directly against the best Android devices out there and the iPhone 8, reports have shown. The handset will have high-end specs, but it won’t carry a budget-breaking price. And if the following rumor pans out, the Nokia 8 might pull off a trick that only Google’s phones can deliver.

HMD said when it introduced its first Nokia handsets a few months ago that its devices will run a near-vanilla version of Android, which should guarantee speedy and steady Android updates. That’s great news for any Android user looking for handsets that would run Google’s latest Android version as soon as possible.

But a new Geekbench listing suggests the Nokia 8 might go a step further. There’s a chance the phone will run Android 8.0 out of the gate, according to this newly discovered Geekbench entry.

The listing for this “Unknown Heart” device says the handset is packing a Qualcomm Snapdragon 835 chip and 4GB of RAM. It also runs Android O, which is unexpected for a phone that’s not even official.

It’s unclear whether the Nokia 8 will run Android O out of the box, or whether Nokia engineers are simply testing Google’s upcoming Android update to prepare a swift upgrade for the next handset. Whatever the case, the Nokia 8 already looks even more exciting. Should it run Android 8.0 out of the box when it launches, it would become the first non-Google phone to run the latest Android version available days after it’s launched.

Remember, the Nokia 8 should be unveiled on August 16th, while Android O will likely release around the same time. Comparatively, the Galaxy Note 8 will probably launch with Android Nougat.