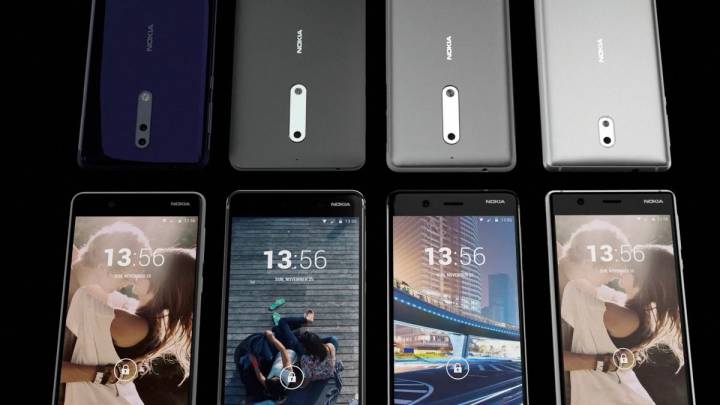 HMD Global wants to restore the former glory of the Nokia brand, and it’s doing so with the help of Android. The company pleasantly surprised the audience at MWC earlier this year, when it took the wraps off of three interesting Nokia smartphones, all running an almost pure version of Android. None of them, however, were iPhone “killers,” or high-end devices that would compete against the best iPhones and Android handsets out there.

Since then, multiple leaks detailed a pair of unannounced Nokia devices that should be launched later this year to take on the iPhone 8 and Galaxy S8, including the Nokia 9 and Nokia 8. While we did not see images of these flagship handsets, a video posted on Vimeo shows one of them for the first time.

Discovered by well-known leaker Evan Blass, the video has been pulled from Vimeo. HMD execs probably realized the mistake and took swift action.

What interests me about this video [https://t.co/eSzd0XHvrt] is that it shows 4 smartphones, but Nokia only sells 3 (none w dual lens). pic.twitter.com/RKStSoSgM5

…aaaaand it's gone. I swear, it's like companies don't realize that pulling the content totally validates its authenticity.

The harm was already done, and the video can still be found on YouTube — see it at the end of this post.

It’s just some 40-seconds long, but that’s enough for anyone familiar with HMD’s design for the new Nokia to realize that only three out of the four handsets shown in the clip may be official. That’s right, the handset with a dual lens camera on the back, the one on the left, isn’t official yet.

Is it the Nokia 9 or the Nokia 8? NokiaPowerUser, which posted leaks about the two unannounced Nokia handset in the recent past, says the handset is the Nokia 8.

The tech site also notes that the phone next to it isn’t the Nokia 6 as you’d think, but the Nokia 7, as it has a different flash position. The Nokia 7 isn’t official either.

The other two handsets in the image are the Nokia 5 and Nokia 3 that HMD already unveiled.

The company is expected to launch up to seven handsets this year, including the ones that are already official — if we count the new Nokia 3310, then we already have four of them. That leaves the Nokia 7, Nokia 8, and Nokia 9 to be unveiled at some point in the near future.

In the meantime, check out that leaked promo video: