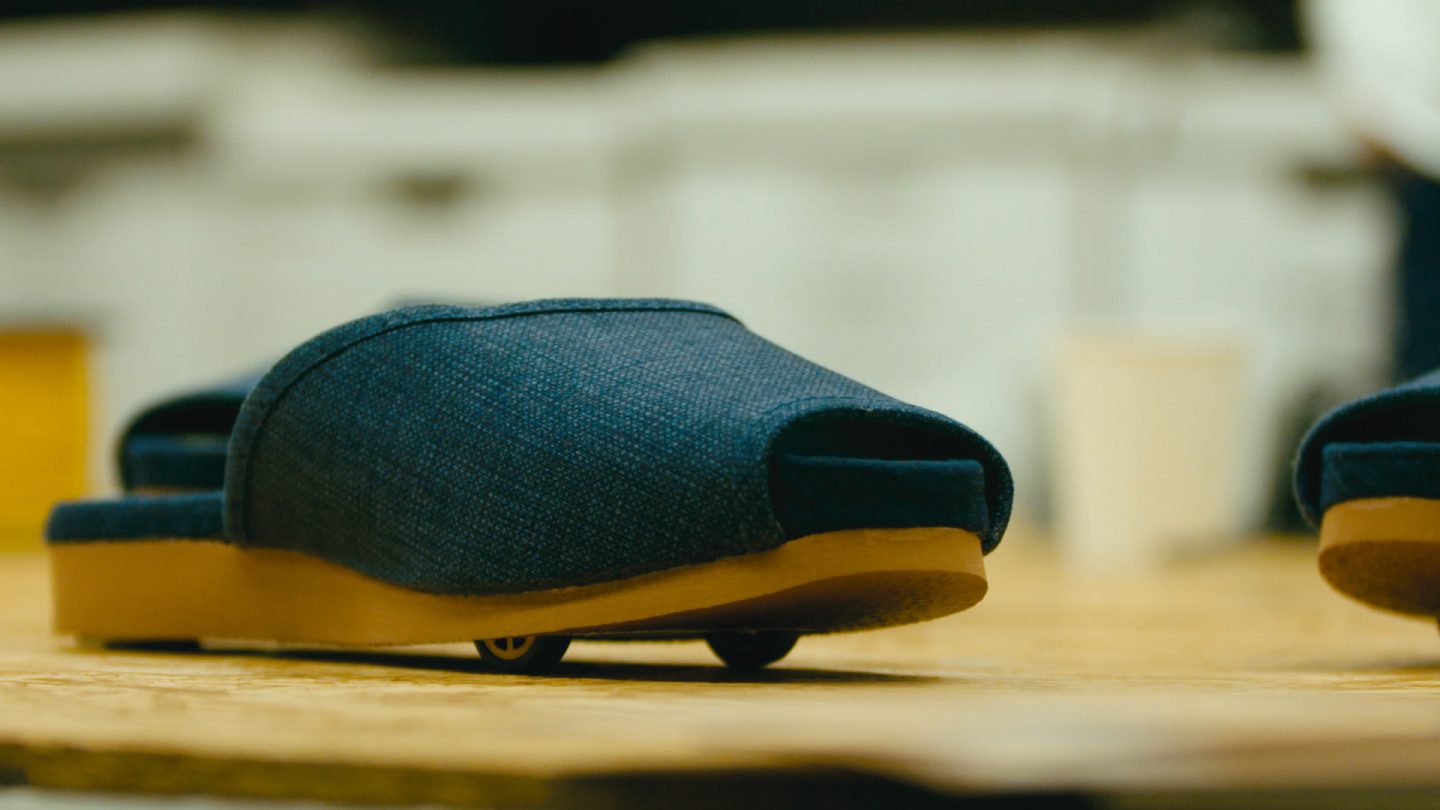 Sure, Tesla might be leading the charge in self-driving vehicle technology, despite its pitfalls, but can Elon Musk build a slipper that can park itself? No, for that you’ll want to look to Nissan. The popular multinational auto manufacturer has taken a small chunk of its automated vehicle smarts and applied it to a traditional Japanese hotel experience, just for fun, and the result lands somewhere between hilarious and totally charming.

The company opened the doors of a new hotel in Japan it calls the ProPILOT Park Ryokan. You wouldn’t know it from looking at it, but both everything from the guest slippers to the pillows that adorn the rooms have some tricks up their sleeves.

As the hotel’s guests quickly discovered, the slippers which are neatly aligned in the lobby for patrons can be automatically returned to their starting positions with the push of a button on the front desk. Tiny wheels and motors make the slippers move, and a wireless connection to a central hub commands the slippers to move when needed.

Likewise, the floor cushions and tables in the guest rooms are equipped with the same technology, making housekeeping a thing of the past. Even the TV remote knows where it belongs on the table and will return there of its own accord.

In its vehicles, Nissan’s ProPILOT tech allows drivers kick back and relax while their vehicles park themselves in any suitable space. Since the system works so well for cars, Nissan has been making a habit of applying the same technology to various other items, including office chairs and now hotel accessories.

Is it little more than a novel trick for the sake of drawing press for its parking technology? Sure. Is it also totally awesome to imagine your shoes driving themselves across your house to their designated spot? Absolutely.