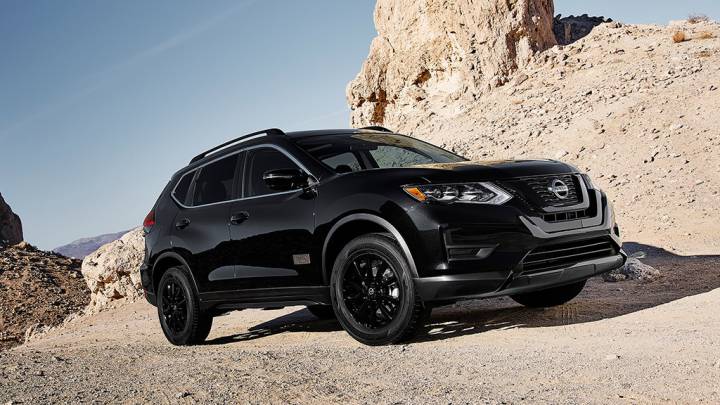 The Star Wars brand has had a really solid couple of years, with The Force Awakens surpassing expectations and the upcoming Rogue One side story looking like another worthy entry. Now Nissan, looking to capitalize on the hype, just revealed a special edition of its Rogue SUV, and it’s kind of embarrassing.

The Nissan Rogue isn’t exactly a flashy car to begin with, with muted styling and an overall “safe” design that isn’t likely to put anyone off, but will probably fail to get your blood pumping, too. The Rogue One limited edition Rogue looks virtually identical, save for a special badge, a couple of stickers, and the Star Wars logo emblazoned on the rear bumper.

The special edition SUV comes in only black or white, with black wheels, Imperial and Rebel badges inside the cup holders, and branded floor mats, but that’s pretty much it. The only other “addition” is a replica Death Trooper helmet that buyers will receive via mail after purchasing the vehicle.

Only 5,400 of the special edition SUV are being produced, with 5,000 launching in the U.S. and 400 reserved for Canada. The replica helmets will likewise be limited to 5,400 numbered units.

The real disappointing thing here is that the vehicles are pretty much identical to the standard Nissan Rogue, and despite the fact that the SUV is already one of Nissan’s best-selling models, there’s very little reason for even the most diehard Star Wars fans to consider dropping the extra $1,990 for the Rogue One package on top of the $25,000+ cost of the car itself.

I mean really, the least they could have done is turn the windshield wipers into lightsabers. It’s almost like they didn’t even try.