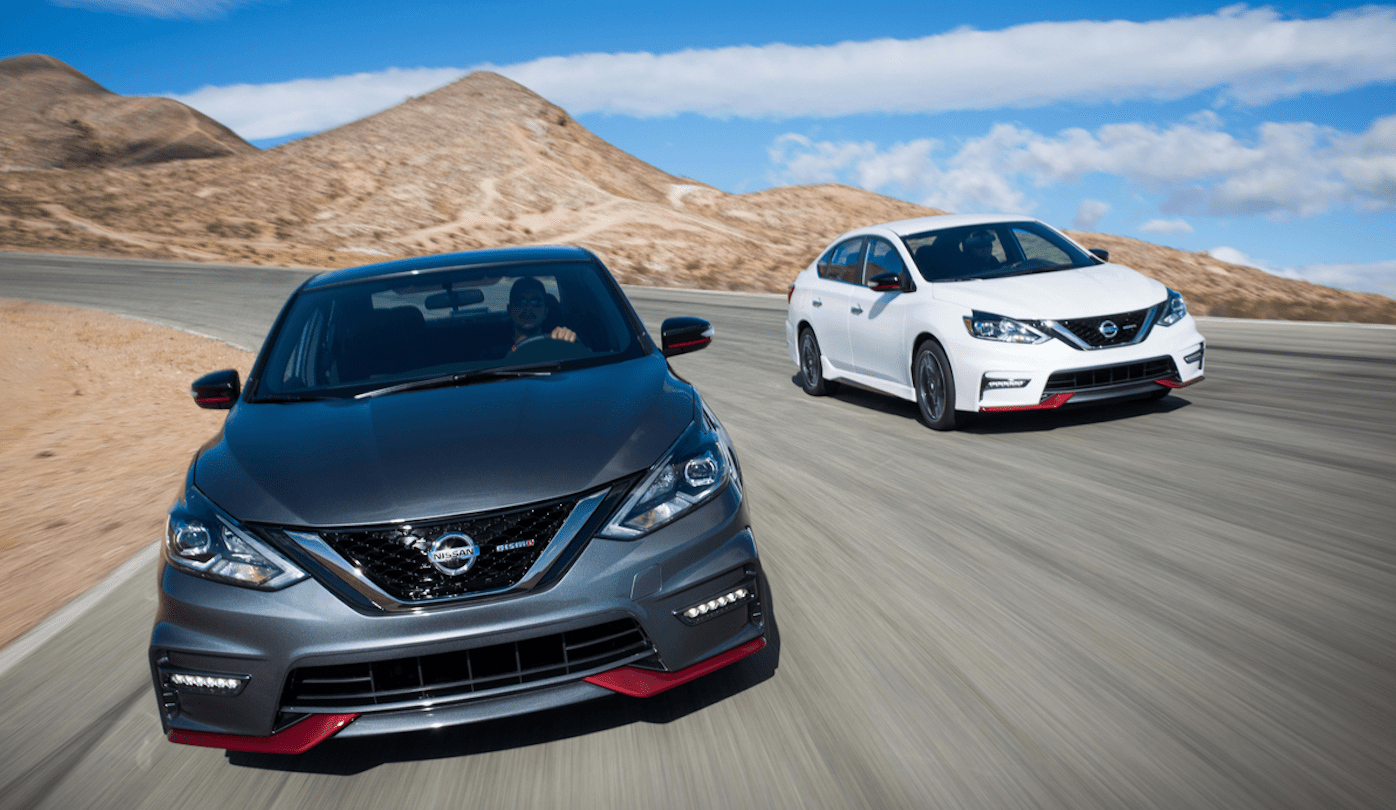 When you think of performance cars, Nissan’s Sentra sedan probably isn’t the first thing that pops into your mind. That may be about to change, as the Japanese carmaker just announced that the 2017 Sentra will be offered in a high-performance NISMO variant.

Nissan’s NISMO motorsports division is dedicated to high-performance cars, and the NISMO versions of the company’s beloved 350z, 370z, and GT-R sports cars are some of the most ferocious pavement-peeling vehicles ever to carry the Nissan name.

A NISMO Sentra might not sound nearly as appealing, but the company is confident that enthusiasts will embrace the new trim.

“With the addition of the new Sentra NISMO, the enthusiasts behind NISMO production sports vehicles like the GT-R NISMO and 370Z NISMO sought to widen the reach of the NISMO brand,” said Nissan’s Michael Bunce, in a press release. “But they wanted to do it without diluting the NISMO brand – which meant Sentra NISMO going deeper than just visual changes to an enhanced, visceral driving experience.”

The 2017 Sentra NISMO is powered by a 1.6-liter turbocharged engine that generates 188 horsepower and 177 lb-ft of torque. Compared to the eye-popping 600 horsepower of the GT-R NISMO, that might not seem particularly impressive, but for a car of its small stature — combined with the optional 6-speed manual transmission — it should be enough to allow the Sentra to compete with Volkswagen’s GTI, the Ford Focus ST, and the rest of the compact performance crowd.

Slated to arrive just after the new year, the Sentra NISMO is expected to retail for less than $25,000, which will make it the one of the cheapest cars carrying a NISMO badge to ever grace United States shores.