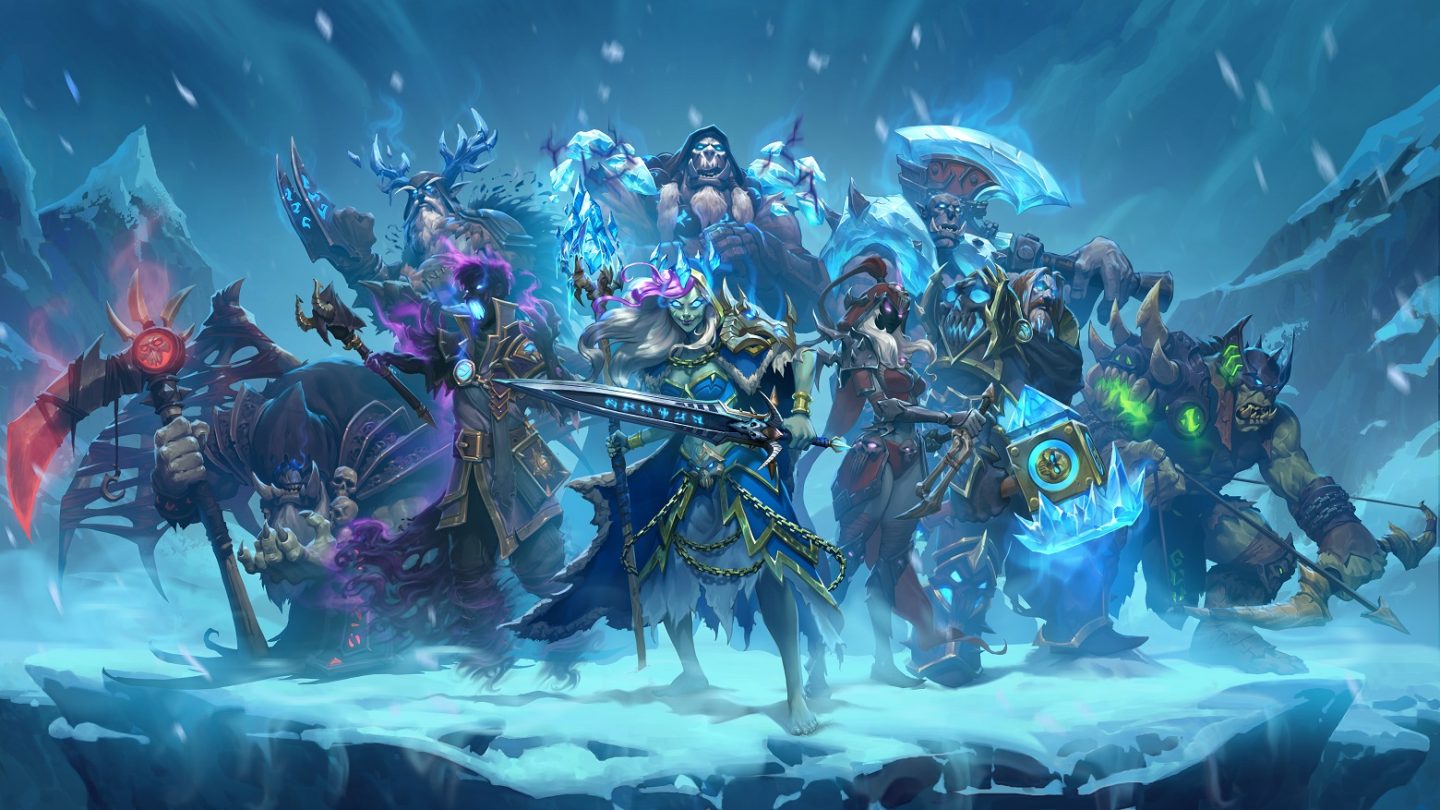 We already know what Blizzard’s next Hearthstone expansion is called. Knights of the Frozen Throne
was unveiled a few weeks ago, a 135-card expansion that will be released at some point next month. However, Blizzard did not unveil all the new cards at once choosing to showcase only a few of them during its announcement event. Starting July 24th, Blizzard revealed more cards from the new expansion, but we have plenty left to go. And the company has a card reveal event set up for Friday, which will be live-streamed on Twitch and Facebook Live.

It’s Senior Designer Matt Place and Sean “Day9” Plott that will man Blizzard’s stream at 11:00 AM PDT to show you “what dark powers will be unleashed in Knights of the Frozen Throne” — you can watch the entire thing below, as it happens.

After the event, the video will be uploaded on the official PlayHearthstone YouTube channel.

As a reminder, the Knights of the Frozen Throne expansion will bring new mechanics to the game, including Death Knights heroes and Lifesteal cards. The game will feature standalone mission, which will deliver various rewards upon completion — see the following mission-related video that Blizzard posted yesterday, which contains a few card reveals from the new campaign.

Unlike previous single-player campaigns, these missions will be free of charge. In fact, the entire expansion will be available for free. That means you can collect cards by winning games and completing quests. Or, you can purchase packs just like before. There’s also a preorder offer inside the game right now: $50 gets you 50 packs and a new card back.