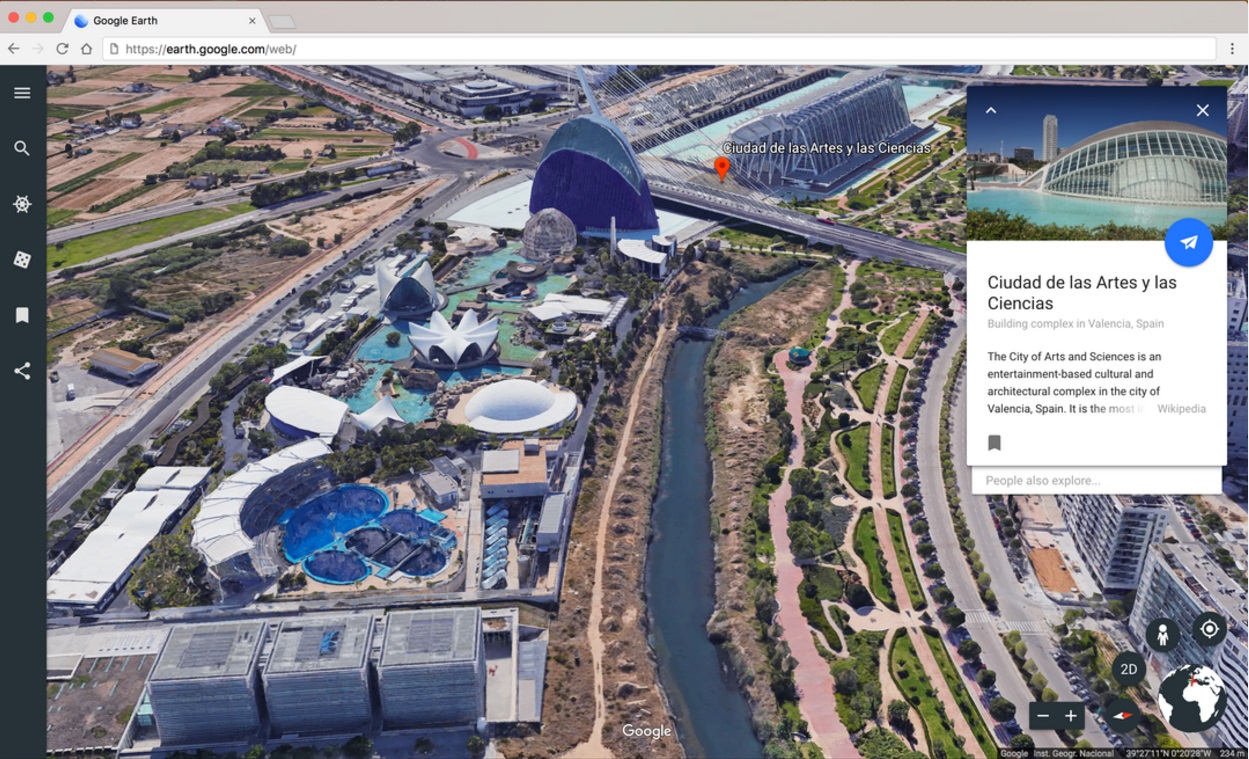 For the past two years, Google has been working on a new version of one of its most popular tools: Google Earth. Along with introducing several new features to the popular mobile and desktop app, it also makes the app more usable and more informative than it has been in any of its previous iterations.

When you load up the new Google Earth for the first time, it will give you several things to try. First it will tell you to search for a location you want to check out. Once you reach a destination, you will be presented with a series of Knowledge Cards for the various points of interest in that area, pulling information from Wikipedia to give you a basic rundown of landmarks like the Eiffel Tower or the Empire State Building.

Once you’re down learning, you can zoom back out and hold the Shift button while dragging on the map to orbit the world in 3D. You can also explore the new Voyager feature to take interactive guided tours from partners like BBC Earth and DigitalGlobe. You’ll even be treated to clips from Planet Earth II.

In addition to the features mentioned above, Google has also added a 3D button to the map that will let users view locations from any angle and an “I’m Feeling Lucky” button to the menu that will randomly drop them somewhere interesting. In other words, it’s more fun than ever to waste time playing with Google Earth.

You can try out the new Google Earth now on Chrome browsers. Google plans to roll out the latest version of the app this week on Android devices and says that it will be available soon on iOS and other browsers.