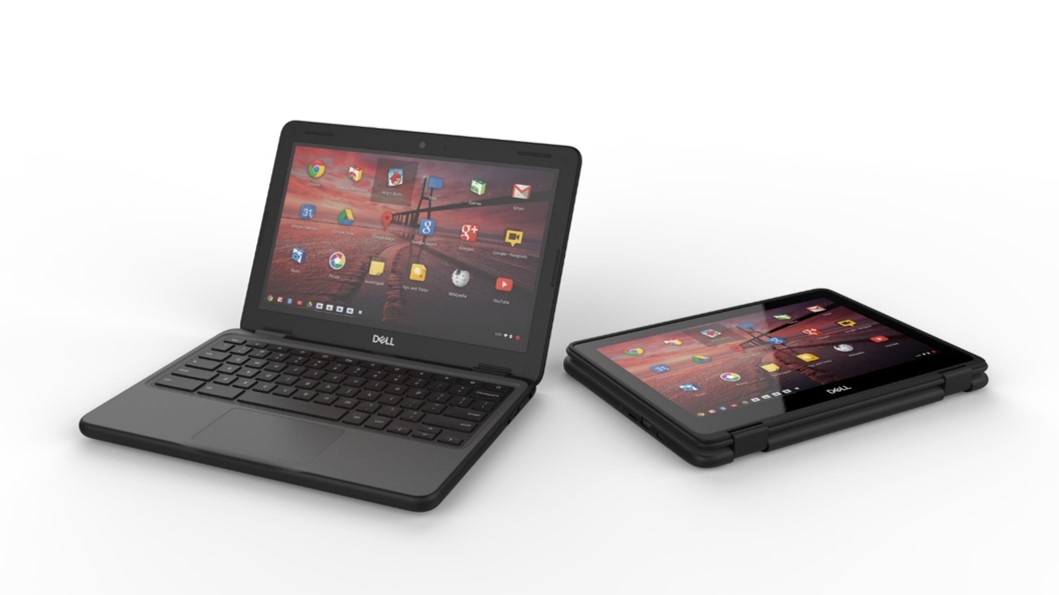 There are two main types of Chromebooks that companies sell today: Consumer-grade Windows laptop replacements, costing anywhere from $300 to $500, and cheap-as-possible machines designed for schools and students, normally $200-$300.

In general, only the more premium Chromebooks get features you’d want, like good processors, touchscreens, and convertible hinges that turn the device into a laptop. But with its new 5000-series Chromebooks, Dell is hunting for a middle ground.

The first new device in Dell’s lineup is the Chromebook 5190, an 11-inch device with a 2-in-1 option. It has a black plastic shell over a “robust” chassis, the result being a computer that Dell says will withstand a 48-inch maximum drop, or a 30-inch drop onto steel.

It looks to have a USB-C port for data transfer and charging, a plus for any cheap Chromebook. The pictures also show at least one USB-A port and a microSD slot, so you won’t be hurting for connectivity options. Underneath, Dell is touting a quad-core Intel Celeron processor, rather than the dual-core that’s more common in cheap laptops.

The rest of the details, like storage, RAM, and screen options, won’t be known until the Chromebook 5190 goes on sale for $289 next month.