With the TV landscape populated with so many critically acclaimed and revered shows, keeping up with everything is practically impossible. As a result, viewers are increasingly becoming more discerning about what shows they choose to watch. After all, who has time to sit around and watch 4 hour-long episodes of a show that goes nowhere when there’s so much quality programming to digest.

As a result, when a particular TV show is recommended to someone, a common response is: “well how many episodes before it gets good?” It’s a fair question, to be sure, because some shows need a bit more of a runway before getting off the ground and hooking users in.

Interestingly enough, Netflix has all sorts of advanced algorithms underpinning its site and it knows, with startling detail, which episodes of which shows are the ones that lure users in for good. Believe it or not, there’s even a name for this type of data: hooked episode research. According to Netflix, they determine which episode of a show is the lure by determining which episode, upon completion, can maintain 70% of viewers for the duration of the season.

Speaking on the matter to Forbes, Netflix said: “From time to time we analyze data to look for new viewing patterns, habits and trends and unveil the findings and new ways of watching.”

“We’ve always believed there is a universality to great stories,” Netflix VP of Original Content Cindy Holland said. “The Internet allows us to share these stories with a global audience and what we see from the data is how similar our members watch and respond.”

Netflix didn’t release all of their data, but they did provide a handy graphic which illustrates what their research found for particular shows. 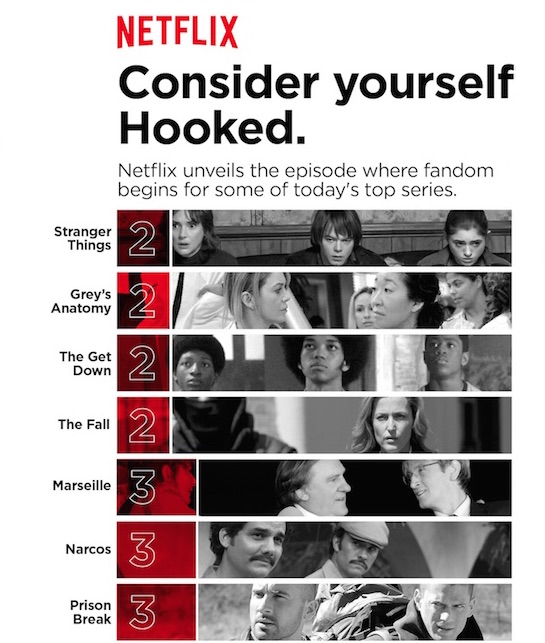 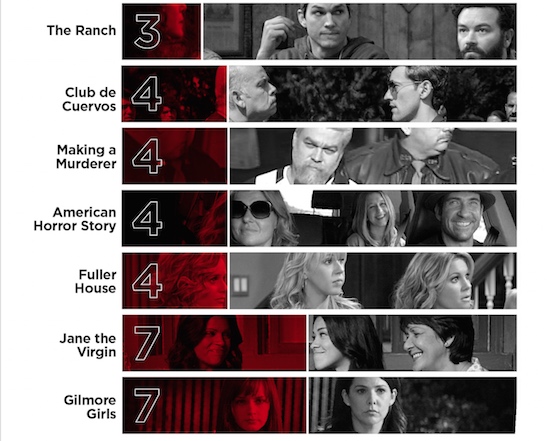