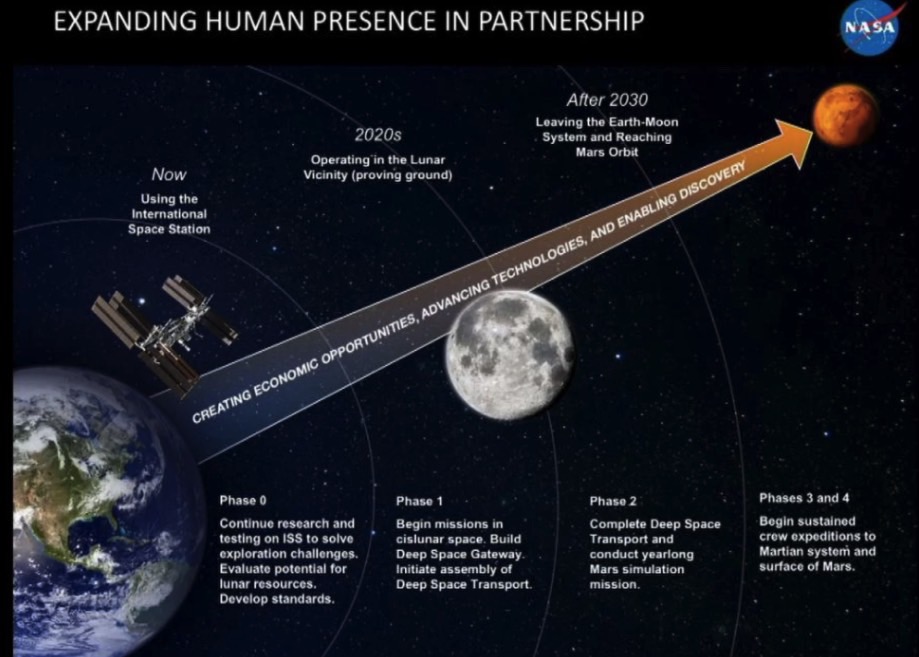 NASA has a bold plan to reach Mars by 2030, but that doesn’t mean it’ll actually land on the red planet. In fact, it looks like the space agency is finally ready to admit that, at current costs for such operations, it doesn’t have the money to land humans on Mars and then bring them back. Revisiting the Moon is a different business.

“I can’t put a date on humans on Mars, and the reason really is the other piece is, at the budget levels we described, this roughly 2 percent increase, we don’t have the surface systems available for Mars,” NASA’s William H. Gerstenmaier said on Wednesday during a propulsion meeting at the American Institute for Aeronautics and Astronautics. “And that entry, descent and landing is a huge challenge for us for Mars.”

NASA’s new space toys, including the Space Launch System and spacecraft Orion, are expensive endeavors meant to get us close to Mars. But the agency also needs to design landing vehicles that would actually do the landing and ascending parts, Ars Technica explains.

That doesn’t mean the Mars mission is canceled. NASA should get more funding in coming years to sustain the effort, or private with the private sector to work on cheaper solutions to get people to Mars.

Gerstenmaier also said that NASA is exploring Moon missions, including establishing a base on Earth’s satellite.

“If we find out there’s water on the Moon, and we want to do more extensive operations on the Moon to go explore that, we have the ability with Deep Space Gateway to support an extensive Moon surface program,” he said. “If we want to stay focused more toward Mars we can keep that.”

That doesn’t mean that a Moon project would be any cheaper. The Space Launch System, supposed to fly only once a year, would cost more than $1 billion.