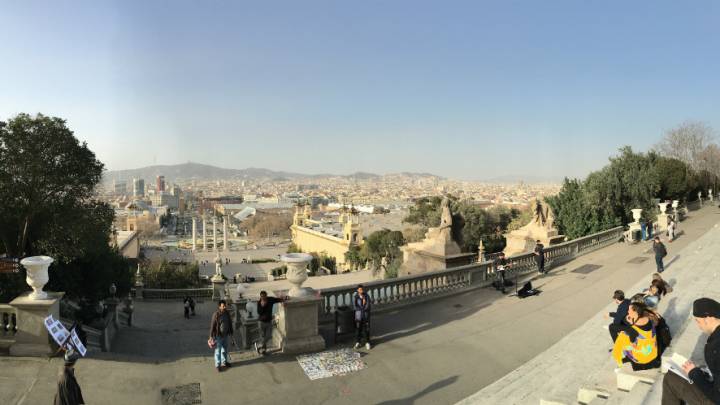 Mobile World Congress 2016 is now over, and the show gave us lots to talk about this year thanks to a multitude of announcements. We’ve seen shiny new devices, new smartphone capabilities, lots of virtual reality, a slew of accessories, IoT and Internet-connected devices, and new mobile technologies for the future including plenty of 5G talk. Here are some of the best things we saw this week.

DON’T MISS: Your dream of a 256GB iPhone 7 might come true

Samsung’s new flagships are finally official, and they represent the best work Samsung has ever done. The Galaxy S7 and Galaxy S7 edge are head-turners worth checking out.

LG made the boldest move at MWC, betting everything on smartphone modularity. It’s too early to determine whether it’ll pay off, but the LG G5 is hot by itself even if you don’t want extra modules.

The Xperia X Performance is one of Sony’s unexpected surprises for MWC 2015. It’s not a mid-ranged handset but rather a device that seems poised to replace the Xperia Z line.

The cheapest flagship phone that you can’t buy is the Xiaomi Mi 5. If you’re going to China, you might be able to score one. If you’re there, also check out the Gionee S8, a flagship handset that thinks it’s an iPhone 6s.

The FLIR thermal camera on this phone is astounding, and the device is no slouch either.

Best VR experience at MWC. Seriously, there was nothing like HTC’s Vive at the show.

Samsung did a great job entertaining guests with its Gear VR Theater with 4D. LG also announced its first VR headset, and other companies toyed with the idea as well. Alcatel unveiled the Idol 4 phones that have a Cardboard VR headset as a box.

Lenovo, Google, and a few app developers are about to fix indoor mapping for all of us. And it has AR and potentially VR elements in it too.

Facebook’s CEO stole Samsung’s Galaxy S7 presentation by appearing on the stage while everyone was immersed in VR. And he talked about VR, one of the most important topics at MWC.

Hands down, Huawei’s MateBook convertible tablet was the best Windows 10 at the show. Think of it as an iPad Pro with Surface Pro powers and you’ll begin to grasp the possibilities. Lenovo also announced a series of interesting laptops, including a MacBook alternative, that you can check out.

Charging a phone in 15 minutes is super easy for Oppo’s SuperVook tech. Too bad it’s not available in any of its existing phones yet.

It’s a little gimmicky, I’ll give you that, but the LG Rolling Bot might turn out to be an interesting toy in the future.

The one MWC product I want right now is Oral-B’s smart Genius toothbrush, which could forever change the way you brush your teeth.

SanDisk created the fastest microSD in town, which will be a great addition to its lineup of products this summer when it launches.

This smart solution for staying on top of missed notifications certainly impresses. The Xperia Ear is one of Sony’s four smart Xperia-branded devices unveiled at the show, and a truly wireless headset.

Well, you could run Android on anything else, and especially on old computers. Here’s how you do it.

The mobile future will bring us eSIMs, RCS messaging and ultra-fast 5G – read all about them at this link. Oh, and carriers might help us save money soon together with tado, at least when it comes to heating energy.