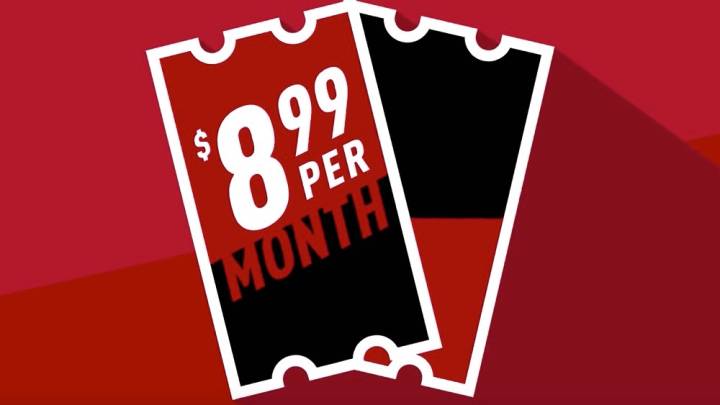 Launched earlier this year, MoviePass wants to be the Netflix of watching movies at the cinema. Watch as many films you want in theaters for a monthly fee, that’s their business model, and the yearly subscription got even cheaper than $10/month.

Called Movie Club, the subscription service costs $8.99 per month and gets customers a free 2D ticket each month, and as many extra tickets for the same $8.99 price for as long as the subscription is paid for.

In case you don’t want to use that free movie ticket, you can just hoard them, and use them whenever you want. That way, you’d be able to score great savings on some of the highly anticipated movies of the year. It’s too late for this year’s Star Wars episode, but you can collect free tickets for future films in the series.

Users also receive a 20% discount on concessions, and can upgrade their tickets to 3D, XD, and D-Box screenings, according to The Verge. Furthermore, you can share all your Movie Club perks (ticket price and concessions discounts) with an additional guest.

The program is aimed at millenials, Cinemark CEO Mark Zoradi told CNNMoney,who are used to paying for streaming subscriptions.

If there’s one downside to the whole thing, it’s the nature of Cinemark’s leadership. Gizmodo points out that Cinemark’s chairman Lee Roy Mitchell is the same guy who directed the company to pursue victims of the 2012 Aurora mass shootings to recover $700,000 in legal fees. Mitchell is also a Roy Moore donor, Newsweek revealed a few weeks ago.