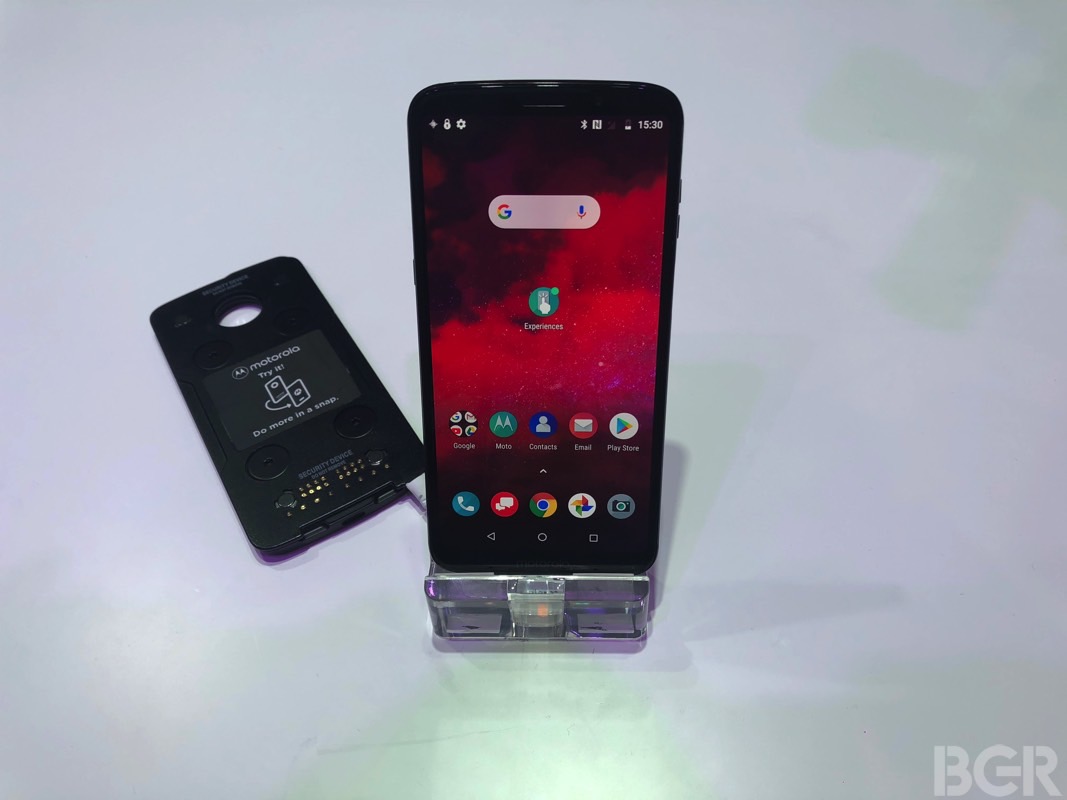 Motorola unveiled the Moto Z3 back in August, labeling it the first 5G-upgradeable phone in the world.

At the time, Motorola said that a special 5G Moto Mod will be unveiled in 2019, and that’s how the handset would connect to Verizon’s 5G network. Even so, the Moto Z3 wasn’t necessarily as exciting as other 2018 flagships last year, because it was built on Qualcomm’s Snapdragon 835 mobile platform: A 2017 CPU that felt pretty old last summer. It turns out, however, that the 5G Moto Mod will be more exciting than we thought.

Motorola’s Jeff Snow revealed during a panel about 5G phones at MWC 2019 that the FCC has just approved the modular 5G accessory, and the device will be available to Verizon customers soon. Not just Moto Z3 phones will be upgradeable, the exec said, but also older devices. Motorola wants to democratize 5G out of the gate, and reduce the entry price for early adopters.

But that’s not the only good news about the 5G Mod. Snow also said on stage that the 5G Moto Mod is built with a Snapdragon 855 processor, a 5G modem, four distinct millimeter array antenna modules, as well as a 2,000 mAh battery.

That means that Moto Z3 buyers will not only upgrade the connectivity of their devices by buying the 5G Mod, but they’ll also get extra battery life that will compensate the extra battery draw, and, even more importantly, upgrade the experience.

The bad news is that you end up with a large brick in your pocket. The Moto Z3 is already pretty big, featuring a 6-inch display that’s bordered by two symmetrical, but sizable, bezels. The phone measures just 6.8-inches, but add the mod to it, and you end up with a pretty thick handset, as you can see in these images.

That’s the price to pay, however, if you don’t want to spend extra cash on the first wave of 5G phones. Most of them will be more expensive than 4G models, unless we’re talking about phones from China sold at cost.