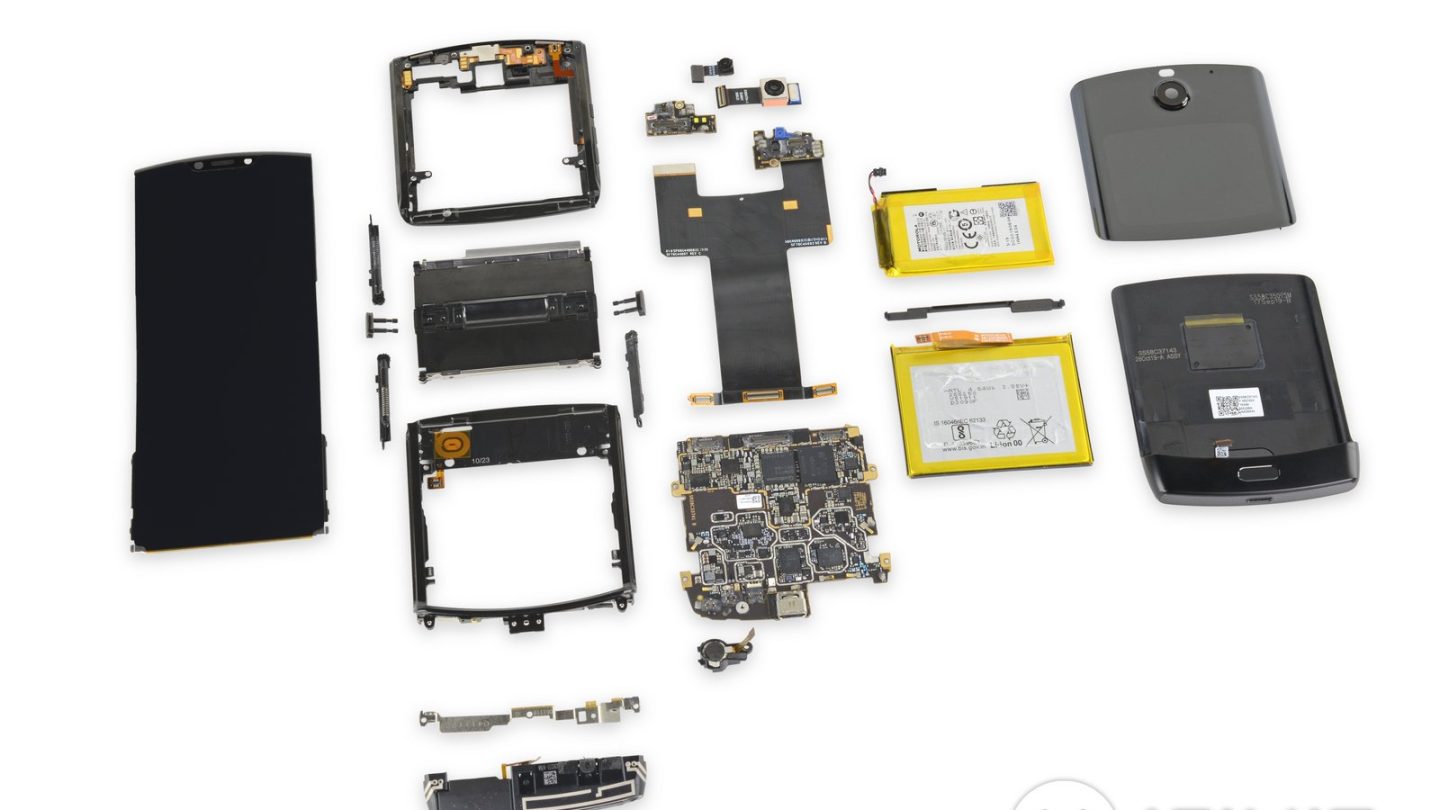 There is a discussion to be had about whether or not consumers are actually asking for foldable phones, or if this is just some arbitrary decree from the smartphone makers that we’re expected to follow. Either way, the foldable phone revolution is upon us, and although it might be short-lived, it’s still worth exploring the technology that makes foldable phones possible, which is why the iFixit teardown of the Motorola Razr is especially fascinating.

As you might expect, attempting to repair or fidget with the internal components of the Razr is a daunting proposition. iFixit went as far as to call the foldable Razr the “most complicated phone-based contraption we’ve ever taken apart.” There were a number of reasons for that, but the biggest hurdle was the sheer amount of glue.

If you have any interest in phone construction, especially of the foldable variety, it’s worth reading through the teardown, but there were a few passages that stood out. For one, the complexity of the construction leads to a few “booby traps,” as iFixit calls them, such as a cable for the fingerprint sensor right next to the home button, which iFixit says is “just waiting to be torn by an eager disassembler.” One of many reasons you wouldn’t want to attempt a repair. Then there’s the display, which iFixit contended was so difficult to remove from the phone that it’s surprising Motorola will replace one for just $299. If that’s a bargain, it must be a genuine nightmare.

iFixit concludes that the first-ever foldable Razr isn’t going to “win any awards for serviceability.” If you just wanted to replace the batteries (which you absolutely shouldn’t do, by the way), you would have to completely disassemble the phone and put it back together again. Home repairs will be virtually impossible.

Nevertheless, iFixit was impressed with the ingenuity of the construction and was willing to give Motorola a pass with its first foldable phone. As the foldable phone market grows (providing it does, of course), iFixit hopes to see vendors place more of a premium on durability and repairability. But for now, don’t try it.