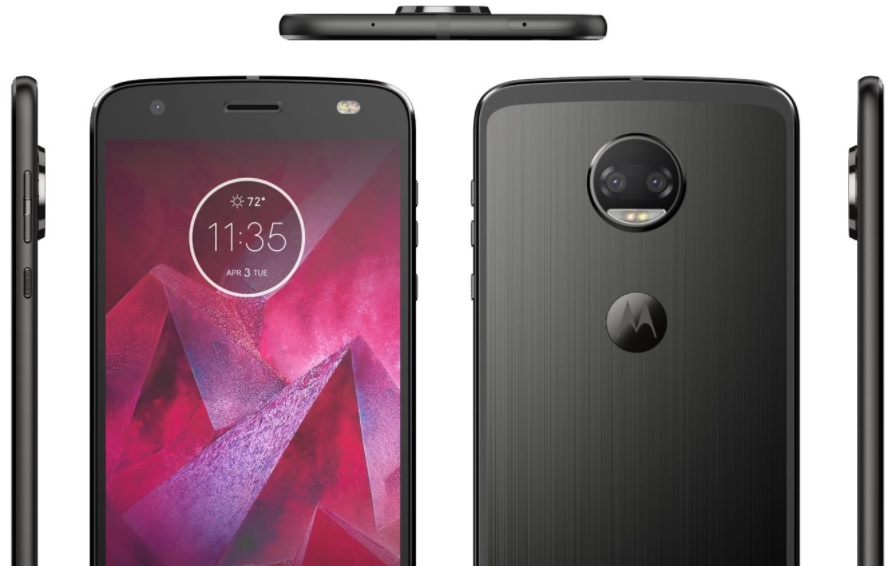 Samsung’s Galaxy Note 8 and Apple’s iPhone 8 are currently locked in a heated battle for the title of “most leaked phone of 2017,” but in all of the commotion, it’s easy to forget that they aren’t the only flagship phones set to launch in the second half of the year. On Tuesday, Evan Blass (aka @evleaks) shared what appears to be a detailed press image showcasing the upcoming Moto Z2 Force.

Last month, Motorola unveiled its first major smartphone of the year: the Moto Z2 Play. A successor to the Moto Z Play, the Z2 Play is a midrange smartphone with respectable specs, including a 5.5-inch FHD AMOLED display, up to 4GB of RAM and an octa-core Snapdragon 626 processor.

If you prefer an Android phone that could compete with the likes of the Galaxy S8 though, you’re going to be more interested in the Moto Z2 Force, which can be seen in full in the tweet below:

Unsurprisingly, the Z2 Force looks nearly identical to the Z2 Play. In fact, at a glance, the phones are nearly indistinguishable from one another, save for the dual cameras that appear on the back of the Z2 Force. Blass didn’t share any additional details about the phone, but we have to imagine that they would be in line with those of the Moto Z Force from last year: bigger battery, better display and more powerful internals to bring it up to speed with other Android flagships.

The Z2 Force is also expected to be compatible with all of the Moto Mods that can be attached to the Z2 Play (which would explain why the design so closely mirrors the midrange phone). We’re still waiting to see whether or not Motorola will bring a Moto Z2 to market as well this year.