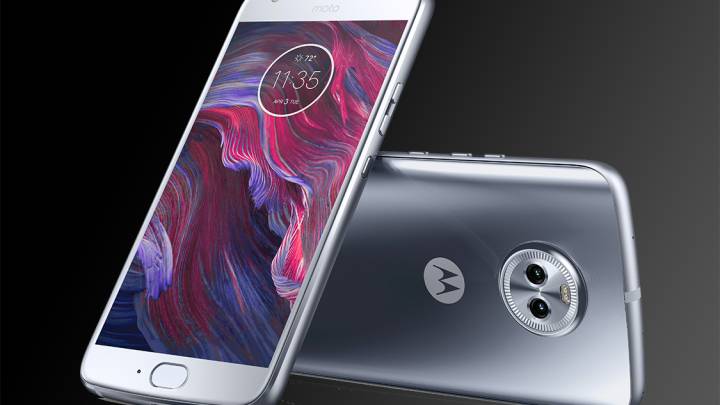 In a sea of rectangles with round edges, the Moto X lineup has been a breath of fresh air for smartphone fans looking to separate themselves from the pack. Motorola’s X lineup has always been about customization, allowing users to choose from a variety of different color combinations and even exotic materials like different leathers and woods. In 2017, the Moto X lineup finally gets the big refresh many Android fans have been waiting for.

The new Moto X4 model indeed updates the Moto X design identity to better align with newer Motorola phones like the Moto Z2 Force and Moto Z2 Play, but Motorola made an interesting decision about the Moto X line when developing the new Moto X4. The ability to customize your phone to your tastes — the spotlight feature of earlier Moto X phones — has been abandoned entirely.

Rather than offer a vast array of customization features, Motorola chose instead to shift its focus to another key area: the phone’s camera. The Moto X4 features a new dual-lens rear camera that adds a range of features that have never been seen before on a Motorola phone.

How much tech did Motorola pack into the new Moto X4’s camera? Here’s the rear camera blurb from the phone’s specs sheet:

In addition to the “bokeh” background blurring effect we’ve seen on dual-camera phones from Apple and Samsung, the Moto X4 adds things like selective focus, selective background replacement, and more. Other cool camera features unrelated to the dual-lens setup include Landmark detection, which will ask you if you want to learn more about landmarks when they’re detected in frame, and Face Filters, which adds native Snapchat-like animations to photos or videos.

Also of note, the Moto X4 will be one of the few mid-range phones that offers the same enhanced dual-lens camera features typically reserved for high-end phones like the iPhone 7 Plus and Galaxy Note 8.

Beyond the camera, the Moto X4 is a well-spec’d mid-range handset, featuring a Qualcomm Snapdragon 630 2.2 GHz octa-core processor, a 5.2-inch FHD display, 3GB-4GB of RAM depending on region, 32GB or 64GB of storage, microSDXC support, IP68 dust- and water-resistance, and a 3,000 mAh battery with Motorola’s TurboPower fast-charging tech.

Now, for the bad news. The new Moto X4 will be released in September in Europe, where it will sell for €399 unlocked… but there’s no news on when the phone will launch in the United States. While we wait, you’ll find the Moto X4 specs listed out below. 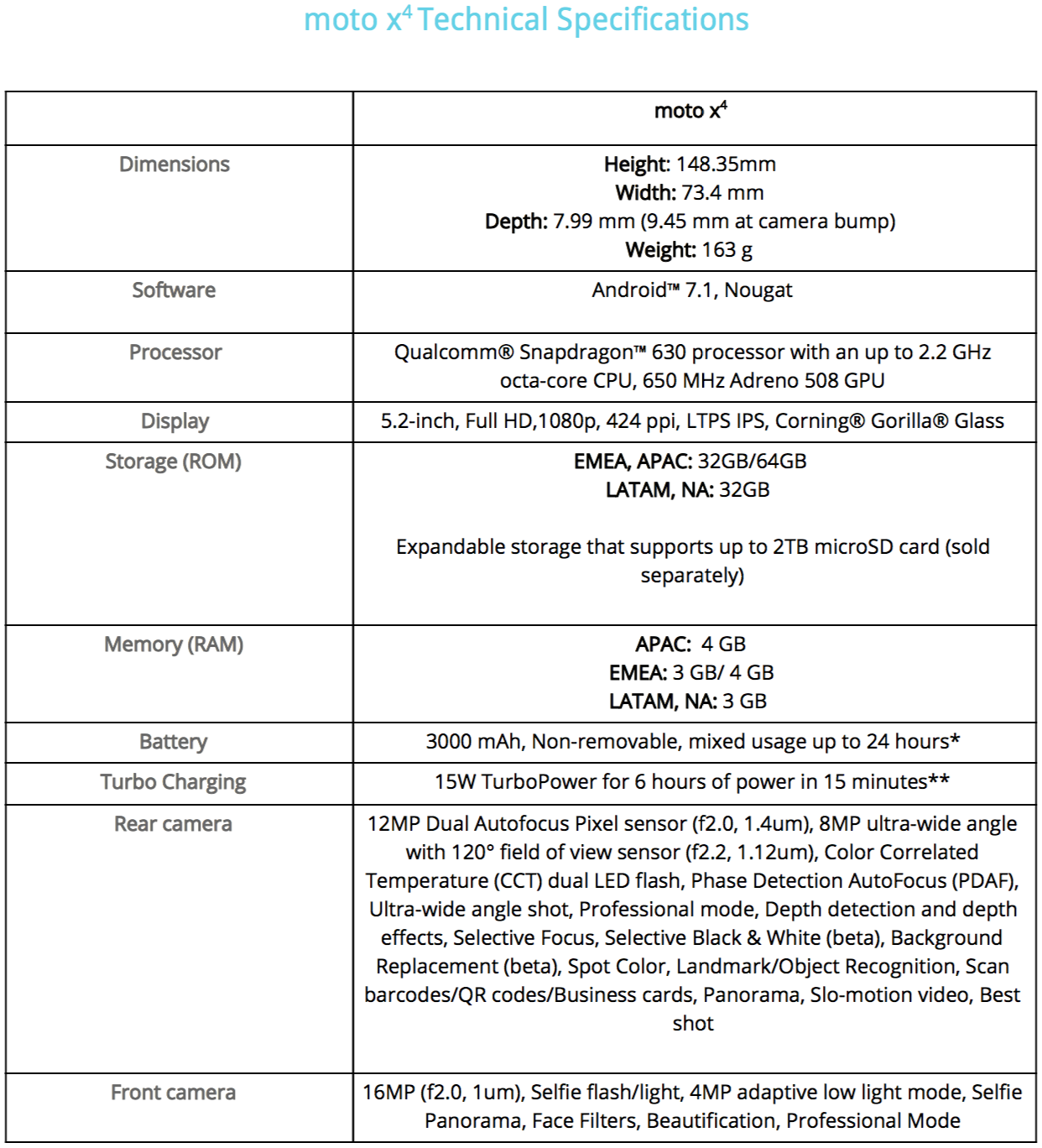 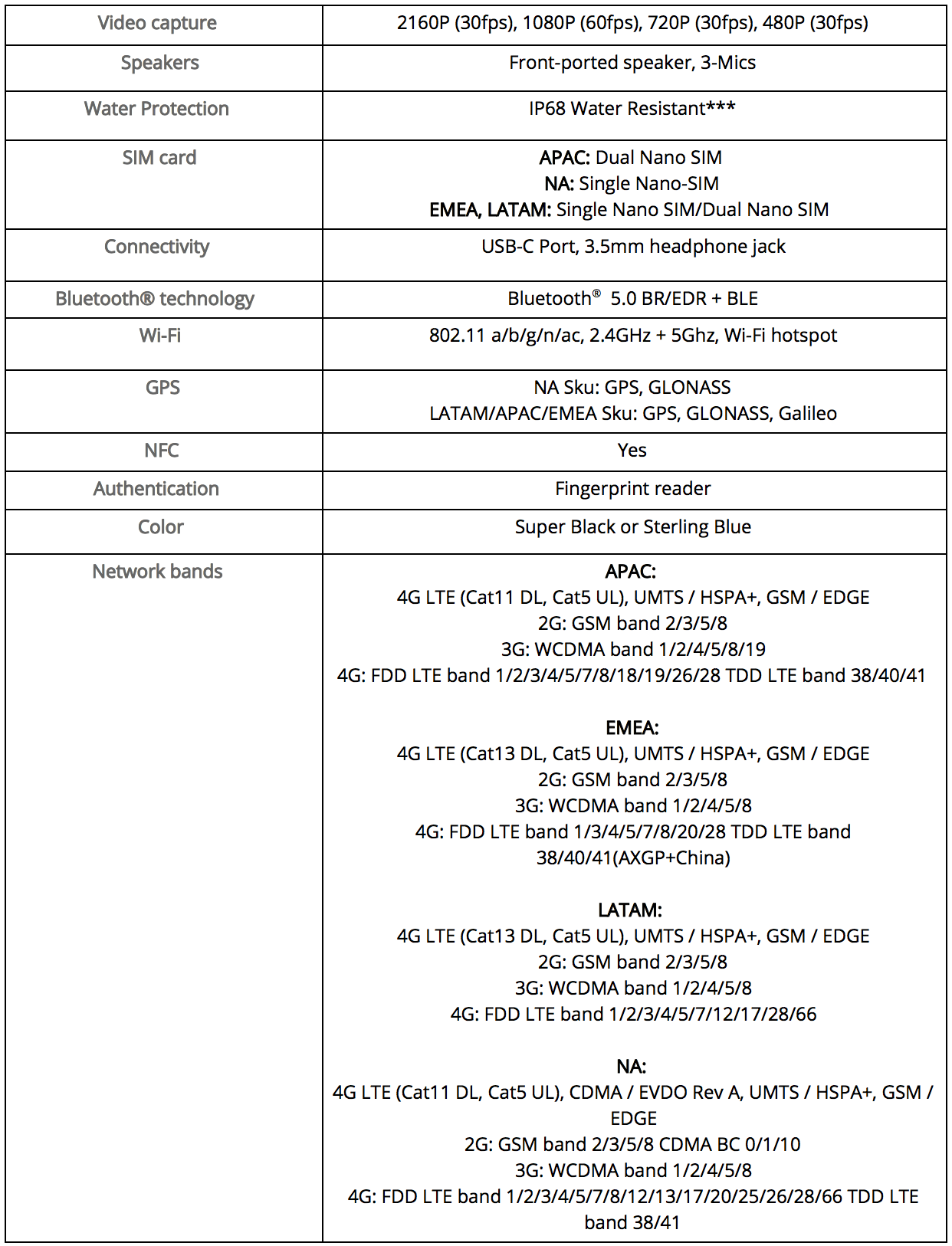