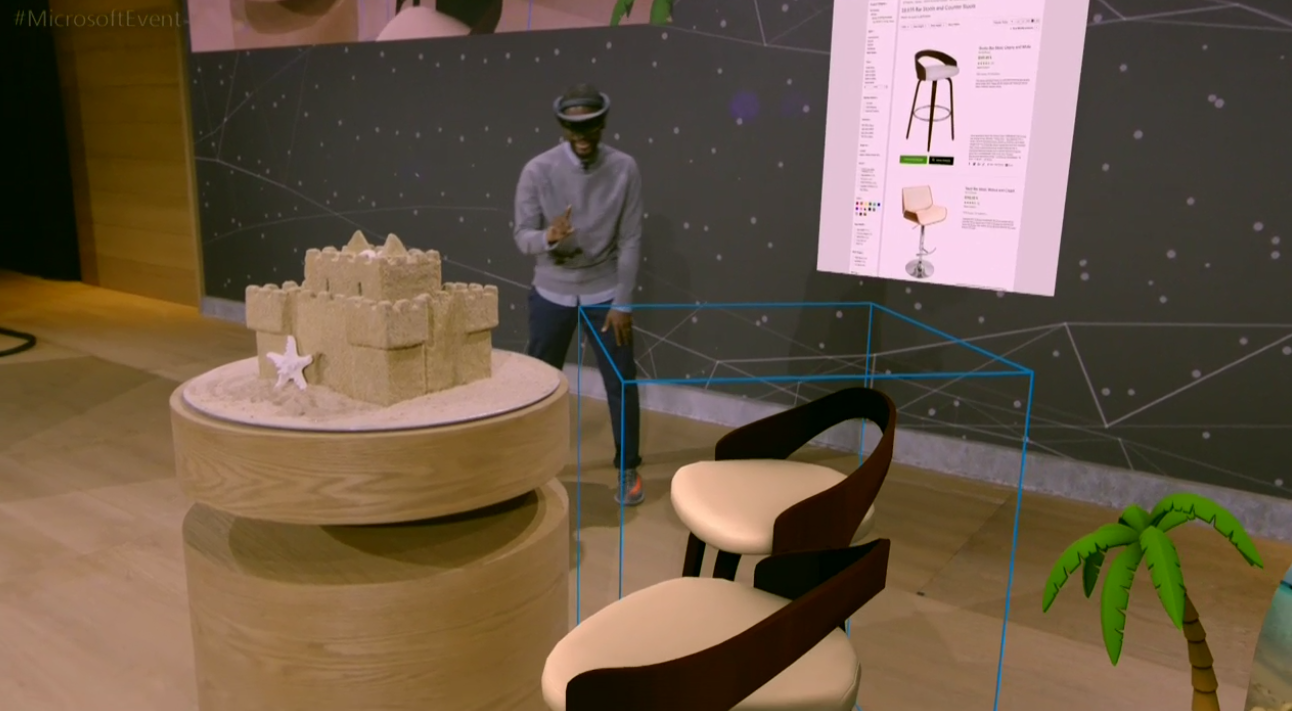 Microsoft announced its Hololens augmented reality goggles years ago, but we’ve never quite been told what Microsoft thinks it will be used for. Well, at the event today in NYC, Microsoft finally gave us an answer. Augmented reality and the Hololens kit will be a game-changer for buying furniture online.

On stage, Microsoft has been showing off a bunch of different Hololens demos. The most interesting was probably an integration with Houzz, an online renovation store. The demo showed off picking a chair off the website, and then pushing a 3D model into real life using Hololens. It lets you view furniture or decorations in your home before buying it, which could genuinely be useful if you’re trying to buy important things online.

Other demos included transporting people to a virtual world, or letting you use Hololens to design virtual objects in 3D. It ties in well with Microsoft’s broader message for the next Windows update, which is all about creating or playing in 3D.

There’s also hope that this stuff is going to be cheap. Microsoft still hasn’t announced a price or release date for Hololens, but it did say that the 3D accessories for Windows 10 (which presumably includes Hololens) start as cheaply as $300.