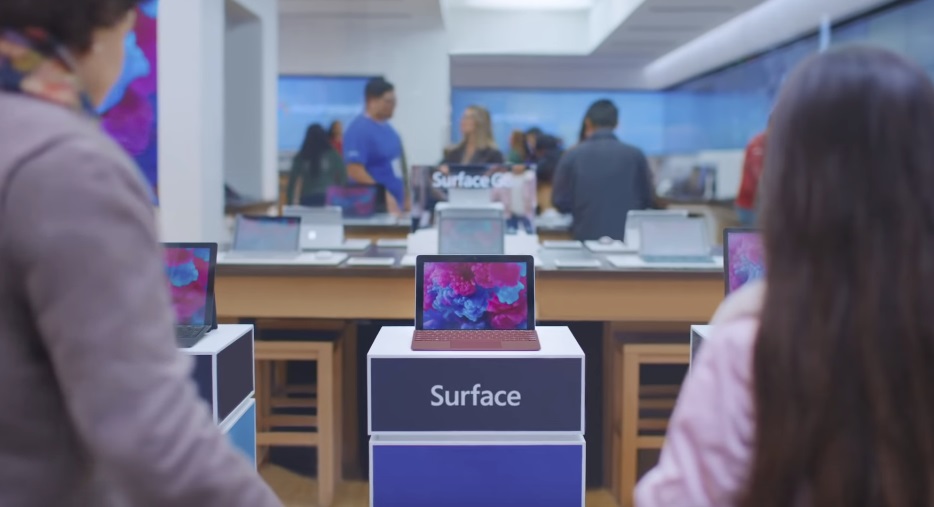 The tech world is always a tad more interesting when companies like Microsoft and Apple are willing to throw a little shade at each other. Take, for example, a new Microsoft ad for the Surface Go, which takes a few nice jabs at the iPad. The commercial begins with a girl looking at Surface Go and imploring her grandmother not to buy an iPad. The reason? It’s not a real computer.

“Grandma don’t go out and buy an iPad,” the girl sings. “It was fine when I was six but now I’m 10. My dreams are big so I need a real computer to do all of the amazing things I know I can.”

Of course, when looking to articulate reasons why the Surface Go is more of a computer than Apple’s iPad, the girl doesn’t really have much to say. Indeed, the only activity mentioned in the commercial is coding, which one can do on an iPad. But that’s all admittedly nit-picky. This is advertising, after all, and the overarching message is clearly more important than specific details.

Microsoft’s full Surface Go holiday 2018 commercial can be seen below:

Say what you will about Microsoft’s ad above, it’s far less annoying than Apple’s “What’s a computer” ad that ran around this time last year.

For as much as Apple tries to position the iPad as the device we need in a post-PC world, there’s no reason to believe — at least not yet — that the iPad is a device capable of obsoleting what is generally considered to be a traditional computer. All that aside, it’s nice to see Microsoft and Apple playfully poking fun at each other once again.