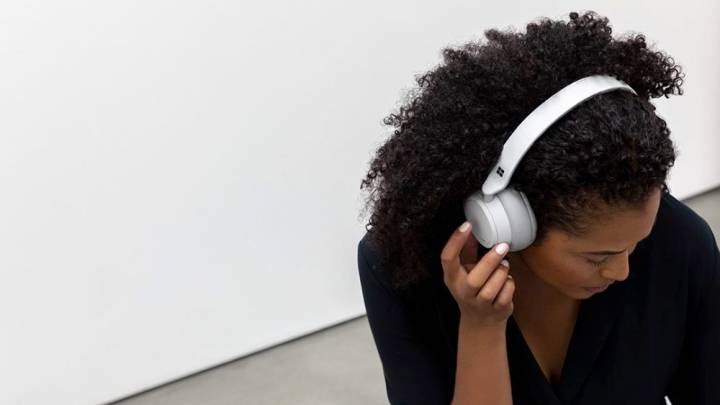 The wireless, over-the-ear Surface headphones that were unveiled last month at Microsoft’s Surface hardware event are almost here. The company opened preorders today for the headphones, which start shipping on November 19th in the US and cost $349.99. If you’re in the UK, they’ll ship on November 29th and cost £329.99.

As a reminder, a key feature of the headphones is their built-in “Hey Cortana” support, which means you can use the cans hands-free with voice commands. A USB-C connection will let you charge them up for what Microsoft says is a max of 15 hours of battery life, and they also sport a turn dial that lets you adjust 13 levels of noise cancellation. According to Microsoft, you also get automatic pause and play with the headphones, which means they’ll pause the movie or video you’re watching when you remove them from your ears.

They were announced at last month’s event along with other new Surface hardware like the Surface Pro 6, Surface Studio 2 and the Surface Laptop 2. We should note, meanwhile, that a quick check today shows a decidedly mixed set of reviews for the new headphones, ranging from praise to middling approval to somewhat negative criticism.

The folks over at Windows Central, for example, gave the headphones a mostly positive first take, noting solid “sound quality and hardware design, which feels very premium just like you’d expect from a Surface product.”

Elsewhere, the takes are definitely more mixed. From Engadget: “They won’t be dethroning Sony or Bose.” Likewise, Gizmodo: “Microsoft’s Surface Headphones Sound Like Disappointment.” CNET says the headphones are “almost great,” while The Verge notes they’re “style without the polish.”

From The Verge: “Into this context of design leadership comes Microsoft’s first pair of headphones from the Surface team, simply titled Surface Headphones. They are gray, as you might expect from the old Microsoft. But they’re also permeated with all the neat little design touches that distinguish the new Microsoft. Before I even laid my hands on a pair, I wanted them.”

That review goes on to praise the control dials, the look and feel, the wireless performance and “excellent” noise canceling. As far as the “bad,” the review also dings the headphones for sound which “lacks refinement and treble energy” as well as “uncompetitive battery life.”

From the review, “They don’t record anything, there’s no privacy concern here, but the added power consumption seriously hampers the Surface cans’ battery life. Microsoft says you’ll get 15 hours on one charge, and I haven’t gotten more than 10. When you consider that the minimum offered by Microsoft’s competition these days is 20 hours, this is quite a major limitation. At least the Surface Headphones charge via USB-C, so I’m unlikely to ever have them without a compatible charger handy, and they can be topped up to full in two hours.”