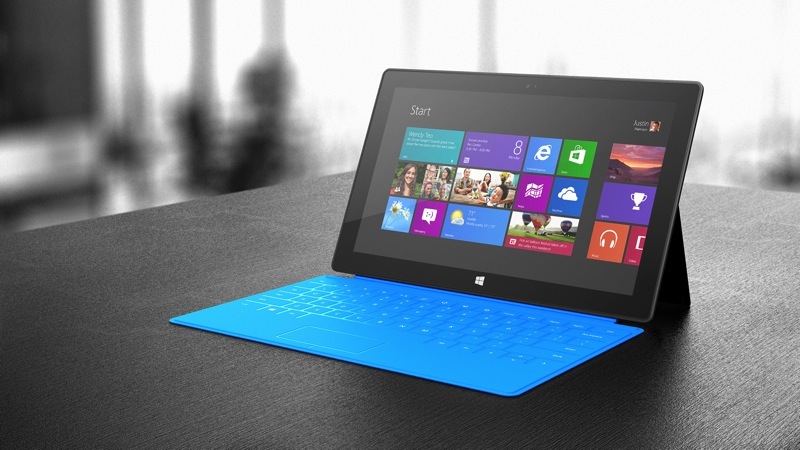 While the iPad will always play second fiddle to the iPhone, it’s been a hot topic over the past 24 hours. First, we learned from Apple’s earnings report that iPad sales grew significantly for the first time in ages. Then, hours later, WinFuture spotted a surprising listing on a download page on Microsoft’s website that seems to indicate that the company is working on an iPad Touch Cover.

Back in April, Microsoft uploaded a series of PDF documents related to lithium batteries. Many of the items on the list were familiar Microsoft products, such as the HoloLens, the Surface Book, the Xbox One Battery Pack and dozens of Lumia and Nokia smartphones. But one items in particular stands out: “iPad Touch Cover (Model 1719).” So what exactly would a Microsoft iPad cover look like?

Unfortunately, the related PDF file doesn’t include any photos, mockups or sketches, but it does include one vital clue about the device: it will contain a small lithium battery, which implies that the case will also feature a wireless keyboard. As WinFuture points out, Logitech’s iPad keyboard covers contain virtually the same batteries. The Touch Cover naming, which Microsoft has also used with Surface cases in the past, points to a keyboard on the inside of the case as well.

Whether or not the Microsoft iPad Touch Cover ever sees the light of day remains to be seen, but the two companies have been collaborating more frequently in recent years. The Office suite finally came to the iPad and iPhone back in 2014 — apps which just so happen to work better with keyboards.