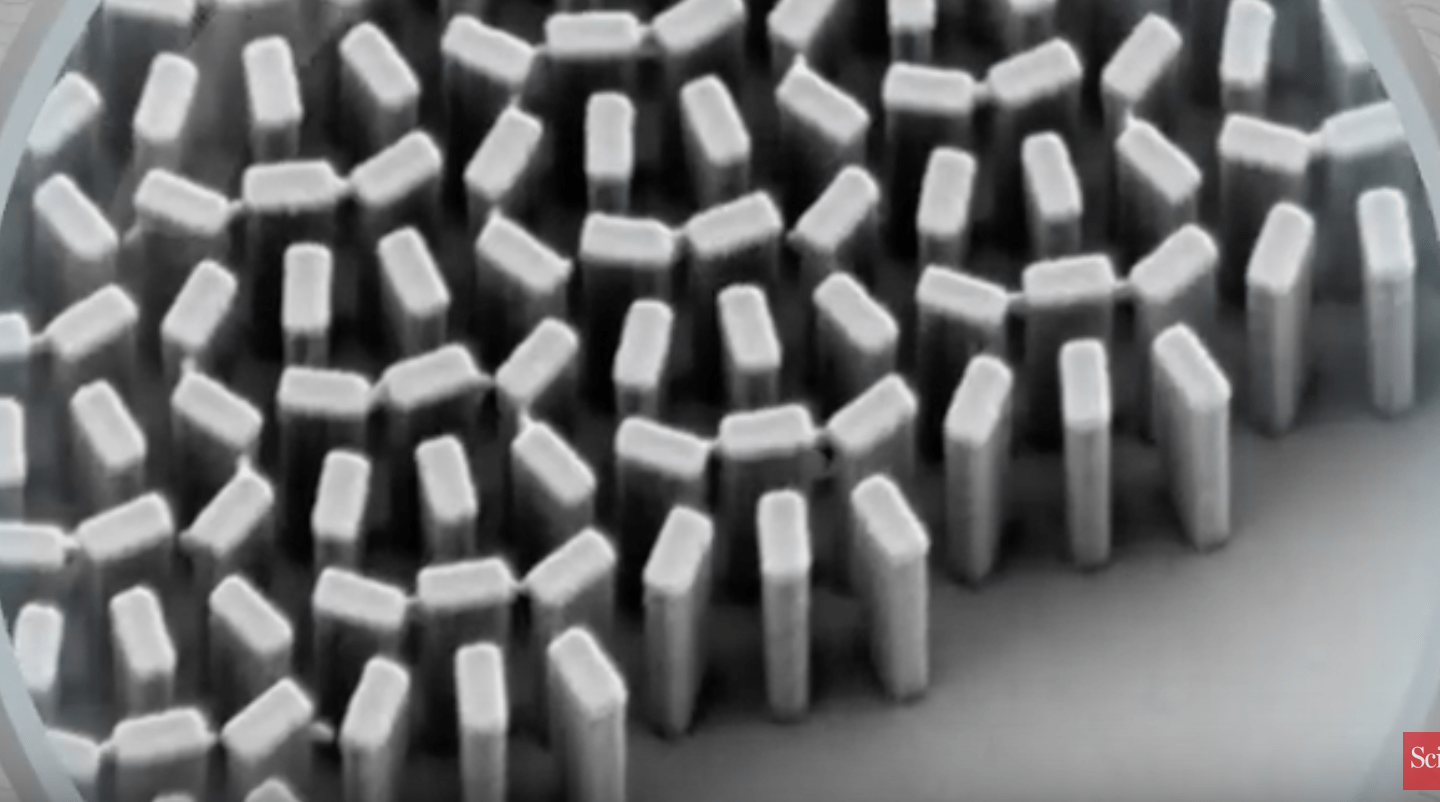 For all the sophisticated technology humans have invented to capture images, the lenses we use on cameras still rely on 19th-century technology. All that could be about to change with the invention of a “metalens,” a completely flat, absurdly thin kind of lens that outperforms the best optics available today.

DON’T MISS: Mark Zuckerberg’s social media has been hacked, because no one is safe

The lens is constructed from a thin layer of transparent quartz, which has nano-pillars arranged on top. Those structures focus light when it passes between them, rearranging and focusing a beam passing through them.

By using a computer simulation to design the layout of the pillars to achieve a particular arrangement of light, scientists have been able to get performance exceeding conventional optics. Regular curved lenses suffer from flaws and aberrations, often trading sharpness in the center for some optical artefact on the side.

Metalenses don’t suffer from any of these problems, allowing them to outperform conventional lenses. Speaking to the BBC, Federico Capasso, the senior author of a paper on metalenses in Science, said:

“The quality of our images is actually better than with a state-of-the-art objective lens. I think it is no exaggeration to say that this is potentially revolutionary.”

In a lab setting, the metalens was 30% sharper than a research microcope. That’s good for scientists, and promising for photographers trying to take quality photos.

Metalenses aren’t just better than conventional optics, however — they should also be cheaper. Building tiny structures on a wafer-thin surface is exactly how computer chips are manufactured, and the scientists are predicting that the technologies that make smartphones cheap will make metalenses even cheaper.

Light, good, and cheap: conventional wisdom says that you have to pick two. If the hype behind metalenses even comes close to resembling reality, you can throw all that out the window.