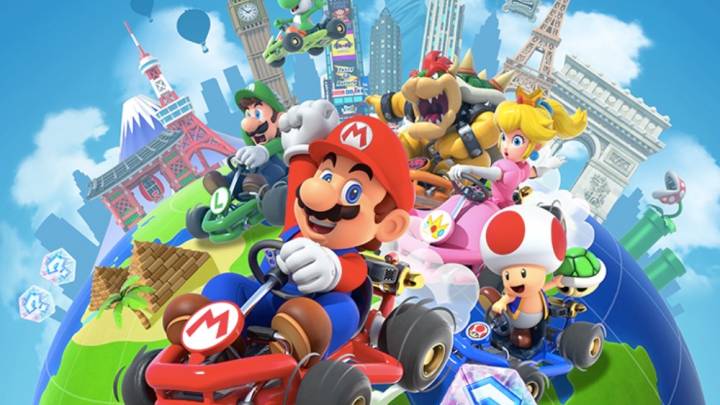 We knew it was coming out on September 25th, and it’s finally here. Mario Kart Tour is available on iPhone and Android, and fans of the series will certainly be thrilled to start playing a version of Mario Kart on smartphones. However, just because you downloaded the game from the App Store or Google Play doesn’t mean you can start racing right away. You’ll first need to register a Nintendo account and log-in inside the app — of course, many people already have Nintendo accounts so that shouldn’t be too much of a hassle. Still, it’s an extra step that might prevent some people from playing the game the second the installation ends.

If you’ve moved past all of that, you should know that Mario Kart Tour might be free to play, but you’ll need in-game stamina to proceed to the next race. Also, your progress will probably be slower than purchasing in-app content, including karts, tracks, and drivers.

What’s interesting is that Nintendo decided to launch a Mario Kart Tour subscription, called Gold Pass, and priced at $4.99 per month after a two-week free trial period. That’s quite expensive considering that for the same monthly price you get Apple Arcade on iPhone, which will include over 100 games by October. On Android, meanwhile, the same monthly costs nets you access to more than 350 apps and games — Google calls it Play Pass.

What does Gold Pass get you? Well, Gold Gifts, special in-game badges from Gold Challenges, and it unlocks 200cc. Once your Gold Pass expires, you won’t be able to use benefits, 200cc included, but you will keep everything you received while it was active. The subscription may be appealing to Mario Kart enthusiasts, but it still feels like it’s too expensive for a single game, considering the gaming services that Apple and Google just launched.

To subscribe for the Gold Pass subscription, you’ll have to get it in the shop, or tap on the banner at the top of the menu, Nintendo explains.

Nintendo also says that if you purchase a Gold Pass on a different OS, it’s unable to revert the purchase or extend the expiration date, and you should cancel your old Gold Pass before you purchase a new one. So why are we supposed to sign into Nintendo accounts if this basic functionality isn’t supported?

That said, the game is available for immediate download, so head on over to the App Store or Google Play to get it.