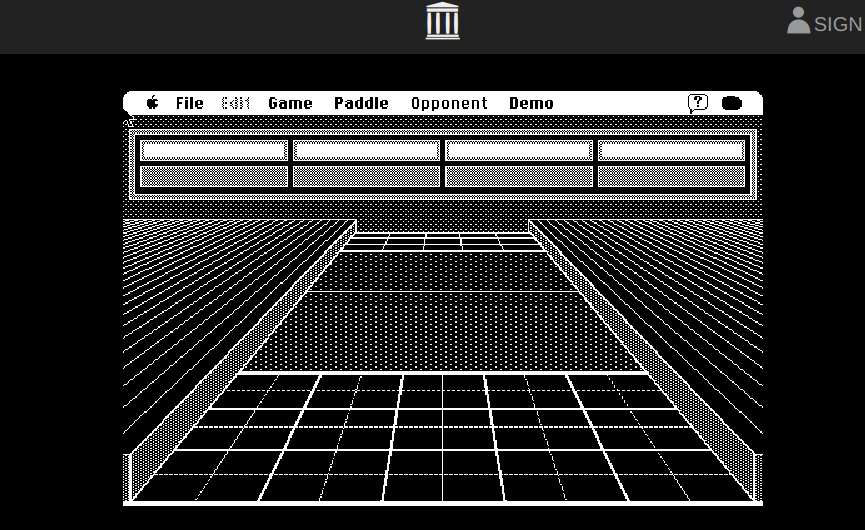 Last year, Apple switched from OS X to macOS as the naming scheme for its desktop operating system. But long before the days of Yosemite or El Capitan, Apple had a very different MacOS.

The Macintosh computer, and its easy-to-use graphical interface, was the product that put Apple on the map. You’re not going to see any original MacOS computers in use today, but luckily, the Internet Archive isn’t going to let a technological gem like MacOS die so easily.

That’s why the Internet Archive has put up a page that allows you to run a version of MacOS in your browser, for free. If you click here, you can fire up a Mac from 1991 with an operating system and a bunch of software already pre-installed.

The Internet Archive, being a good responsible library, even includes a good description of what you’re playing with and why:

System 7 (codenamed “Big Bang” and sometimes retrospectively called Mac OS 7) is a single-user graphical user interface-based operating system for Macintosh computers and was part of the classic Mac OS line of operating systems. It was introduced on May 13, 1991, by Apple Computer. It succeeded System 6, and was the main Macintosh operating system until it was succeeded by Mac OS 8 in 1997. Features added with the System 7 release included virtual memory, personal file sharing, QuickTime, QuickDraw 3D, and an improved user interface.

System 7 was the first Apple operating system to be available on CD, although it shipped on a set of 15 floppy disks initially. Unlike earlier systems, System 7 itself did not come bundled with major software packages. Newly purchased Macintosh computers had System 7 installed and were often bundled with software such as HyperCard, At Ease and Mouse Practice.

Nothing about the OS feels similar to a modern-day Mac, with the exception of the font. Resolution, the file layout, and especially the computer-browsing animations feel hilariously old, but Apple’s old Chicago font closely resembles the same font used for menus and titles today, only at far worse resolution.