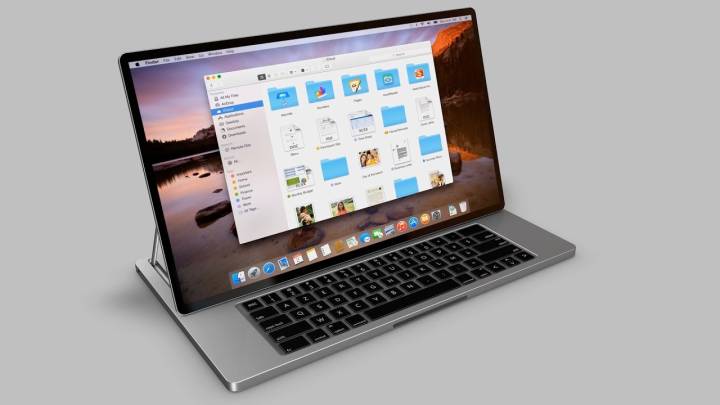 For as long as touchscreens have been around, people have been clamoring for a MacBook that they can put their sticky paws all over. Apple’s never given the idea that much thought, and there’s never been much indication that the iPad and MacBook will merge.

That hasn’t stopped fanboys the world over dreaming of some kind of iMacPad running maciOS. Someone’s even gone to the lengths of putting together a concept video, which does an excellent job of demonstrating why Apple should kill the idea with fire.

This particular combo seems to essentially show an iPad Pro running macOS, but with a built-in metal keyboard that folds out. There’s no visible trackpad, no ports, and a screen that’s just going to be scratched to hell. There’s a lot to hate here, so in the interests of simplicity, let’s list all the worst problems with this idea.

Microsoft’s Surface Pro is a viable tablet/laptop hybrid because Microsoft has slowly and painfully built Windows out to be touch-friendly. MacOS is not, and Apple already makes a pro-level iPad and an absurdly thin laptop. This concept would be worse than both.

Jony Ive, if you’re done designing Christmas trees and taking design input off the internet: don’t do this.