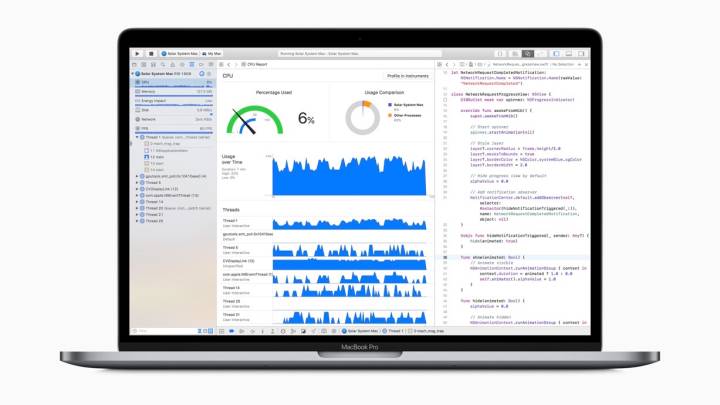 For the last week, Apple’s most hardcore critics and fans have been arguing over whether the new MacBook Pros have a thermal throttling issue, and if so, whether it’s a big deal or not. Apple has been silent, but as per Apple tradition, the company has finally spoken out now that it has a fix.

“Following extensive performance testing under numerous workloads, we’ve identified that there is a missing digital key in the firmware that impacts the thermal management system and could drive clock speeds down under heavy thermal loads on the new MacBook Pro,” Apple said in a statement. “A bug fix is included in today’s macOS High Sierra 10.13.6 Supplemental Update and is recommended. We apologize to any customer who has experienced less than optimal performance on their new systems.”

The problem, first identified by YouTuber Dave Lee, pointed to problems on the top-of-the-line 15-inch MacBook Pro with the six-core Intel Core i9 CPU. Lee made a video that shows the Core i9 unable to even maintain its base clock speed when running at full utilization, in this case rendering video in Adobe Premiere. Lee blamed the problem on thermal throttling, saying that the processor overheats rapidly as soon as it’s being taxed, meaning the top-of-the-range 2018 version of the MacBook Pro is actually slower than the 2017 version it’s supposed to replace. The throttling could be avoided by putting the laptop in a freezer, which suggested that the problem was temperature-related.

A user on Reddit suggested a more specific theory, that the thermal throttling was actually power throttling of the voltage regulator module, which was the component that was overheating. He was able to drastically reduce the throttling by messing with the MacBook’s firmware.

The fact that Apple claims to have fixed the problem with software update suggests more and more that this was a bug with the laptop’s firmware, rather than a poorly-designed thermal management system, as some people have been suggesting. Of course, we won’t know how much of a difference this makes to the MacBook Pro’s performance under heavy CPU loads until the update lands and people have a chance to test.