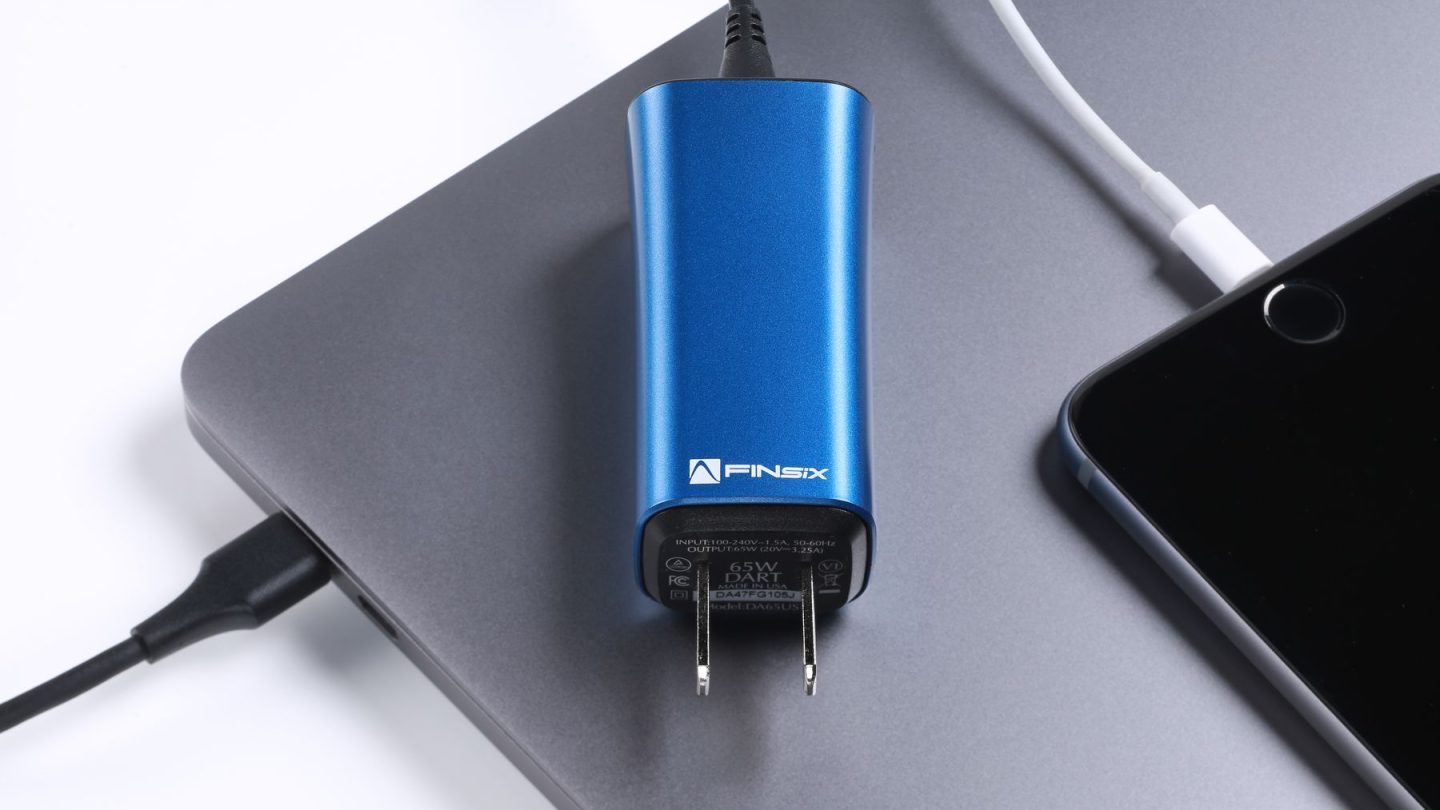 I’ve always hated buying replacement laptop chargers. They always seem overpriced, and no company really bothers putting design effort into them, even though you probably use it daily.

So one of the things I’m quietly excited about with the move to USB-C is having interchangeable laptop chargers. Allowing anyone to build a charger will drive the price down, and with competition, companies might actually take the time to work on the design.

All of that is a roundabout way of saying why you should care about the Dart-C, a new USB-C laptop charger that also claims to be the world’s smallest. It can replace the charger for the new MacBook or MacBook Pro, or any other USB-C laptop (or phone!) that uses the standard.

The charger really is small. It looks a lot like a bigger version of the charging cube that comes in a box with an iPhone. Unlike most laptop chargers you’re used to, the power converter is in the cube that plugs into the wall, rather than in a brick halfway along the cable. It means the whole wire coming to your laptop cna be thinner, and the charger should be easier to coil when not in use.

It’s a little expensive for a charger at $99.99, but thanks to the interchangeable cables, it’s also a lot cheaper to fix when it breaks. Given how many Apple-branded chargers I’ve broken at the charging tip, it’s probably not the worst investment.