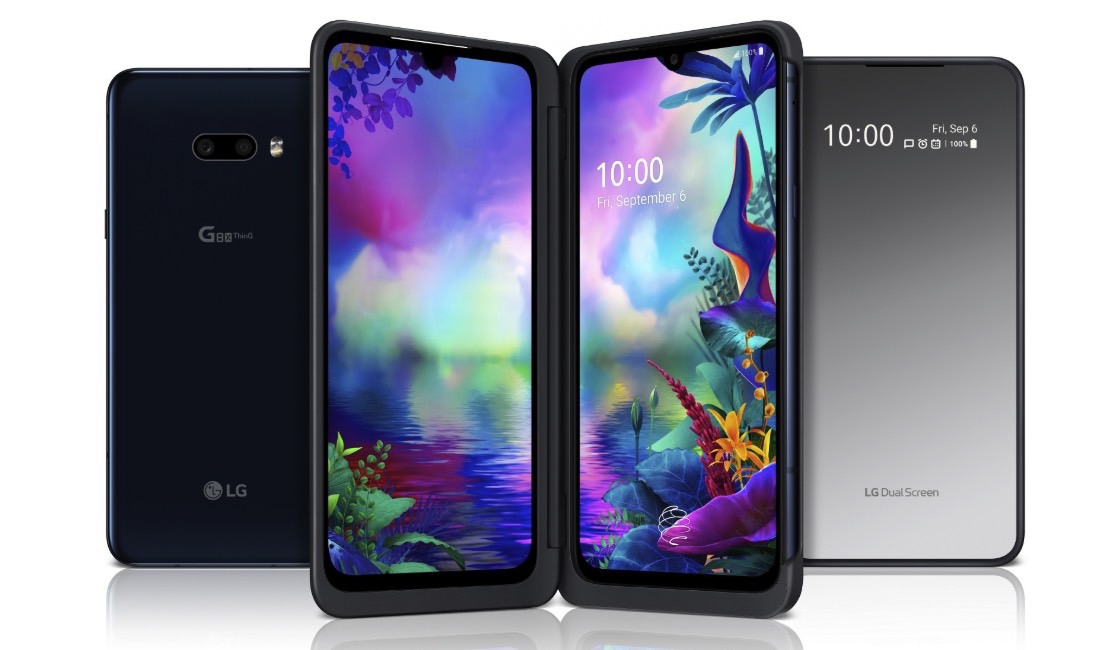 Even though we’re well aware that LG is developing a few exciting concepts for foldable phones, the company is yet to embrace the foldable movement. And who can really blame them given that foldable phones aren’t easy to make or sell. Instead, unlike any other smartphone makers out there who’re carving up sleeker and better flagships, LG is going for a type of device that should never be allowed to exist in the current market place: a dual-screen phone that looks uglier and more cumbersome to use than a foldable device. And somehow, LG G8X Thin Q’s second screen features a secondary notch that serves no purpose.

I was unimpressed with LG’s Dual Screen accessory the company created for the V50 ThinQ earlier this year, and my opinion hasn’t changed since, in spite of the various upgrades LG made to the Dual Screen case to make it more appealing to buyers.

For starters, the case connects to the phone via USB-C, which is a great upgrade over the Pogo Pins of the predecessor. The Dual Screen case also brings some symmetry to the whole contraption; hence, the unnecessary notch found atop of the case. So, at least, the resulting device does look better than the V50, shown below.

But the existence of that second notch screams of compromise. The notch itself is a smartphone design compromise — we want bigger displays and selfie cams on phones with decent sizes. But there’s no need to replicate the notch on the secondary screen unless you were trying to save money on the whole thing by repurposing the exact same display found on the G8X.

Moving on, the hinge has also been improved, and now you can now adjust the angle all the way to 360 degrees. You know, if there’s ever a use case scenario where you’d need to do it.

Finally, the Dual Screen case adds a 2.1-inch display on the outside, so you can check the time, battery life, and notifications without having to open the whole thing.

But even so, I can hardly think of any smartphone experience that would warrant the use of such a case. The G8X ThinQ isn’t a foldable device, and most apps or Android aren’t optimized to take advantage of the bigger screen. Moreover, the whole thing is rather bulky, with the Dual screen measuring 14.99mm in thickness, and weighing 134g. Add to that the 192g weight of the actual phone, and you end up with something that you have to somehow fit in a pocket or purse.

One other reason that should give you pause is energy consumption. That second screen does require power, but it’s unclear how it affects the overall battery life of the handset.

Unlike the regular G8 that LG launched in early 2019, this one doesn’t come with gesture-based features or 3D face recognition, which could have been more helpful than a gimmicky second screen.

Yet LG’s phone doesn’t seem to have any meaningful signature feature that would help it fight its Android rivals. That explains why LG’s announcement focuses so much on the whole Dual Screen accessory as if it’s genuinely going to be the next big thing in mobile. It won’t.

The one thing that might make the whole G8X+Dual Screen remotely interesting would be the price. Should LG and carriers bundle these two together, rather than charging extra for the Dual Screen, then some buyers might indeed consider getting a device that offers them two 6.4-inch displays, rather than paying more than $2,000 for a foldable handset.

LG hasn’t specified any launch details for the new handset, pricing included, but don’t get your hopes up for that Dual Screen to be available for free. The V50’s Dual Screen cost around $180 in Korea, which should give you an idea of what these accessories can cost. You might be better off carrying with you a cheap Android tablet alongside a regular phone if you want more screen real estate for entertainment or productivity.