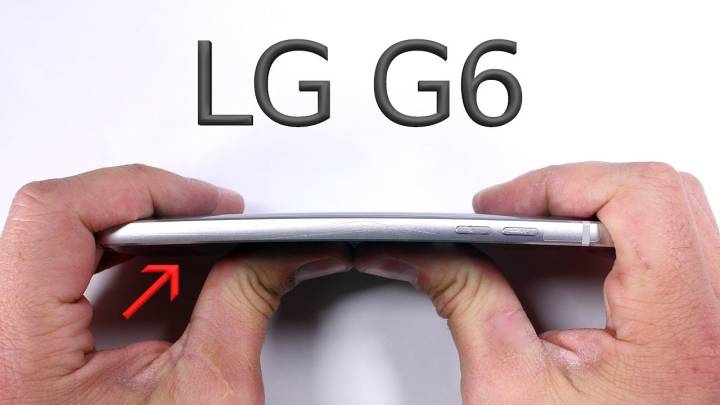 A standard right of passage for any new smartphone is the torture test. After all, nothing shows respect for the years of design and careful manufacturing than immediately taking a knife to a brand-new device. So you’ll be delighted to learn that one YouTuber has already bought his own LG G6, tortured it more than any phone deserves, and filmed the results for your scientific viewing pleasure.

JerryRigEverything is a well-known technology reviewer who has already evaluated the LG’s merits as an actual phone. But in this video, he breaks out a set of picks, razor blades, a lighter and his own hands to see how hardy the G6 actually is.

The G6 uses Gorilla Glass 3 on the front, and the glass is recessed to the frame. That’s good news for the premium feel, and the Gorilla Glass proves just as good as we’d expect at stopping scratches. But not having a lip on the bezel means that the glass is more susceptible to small scratches if you set it face down on a hard surface, and is also at a higher risk of shattering altogether if it gets dropped on a corner.

The G6’s best result comes in the bend test. Zach notes that the glass is tucked in behind the metal frame, meaning it can lend some structural support to the chassis. The result is a phone that barely budges at all when force is applied, which speaks well to the overall build quality.